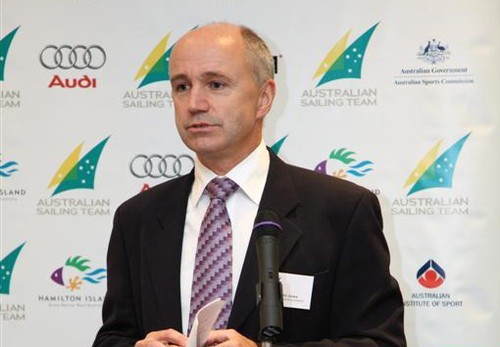 Veteran yachting administrator Phil Jones has been named the interim Chief Executive of Athletics Australia (AA) and will play a key role in appointing his successor and a new head coach.

Jones' appointment follows the vacancy created in October when former Chief Executive Dallas O'Brien resigned in the wake of a controversial 2014 Commonwealth Games campaign that prompted reviews into the sport by the AA board and the Australian Sports Commission (ASC).

The AA board's review into the ill-fated Games campaign is set to be released on Monday.

Jones spent 17 years with Yachting Australia, during which time the sport became ever more successful at international level, claiming three of the nation's seven gold medals at the 2012 London Olympics.

His appointment as AA interim Chief Executive was made in conjunction with the ASC.

"I look forward to supporting the board, management team and staff in delivering to our many stakeholders.

"Whilst sailing and athletics are very different sports in many ways, a lot of the fundamental challenges are the same."