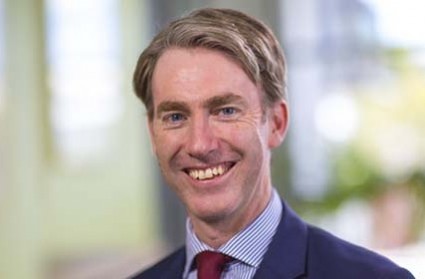 With the Australian Government’s Winning Edge sports funding program under fire in the wake of Australia’s media performance at the 2016 Olympics, Australian Sports Commission (ASC) Chief Executive Simon Hollingsworth has announced he is resigning from the position that he has held for the past five years.

Just a week after the end of the Rio Games, ASC Chair John Wylie today announced that Hollingsworth has resigned to take up the role of Deputy Secretary Budget and Finance with the Victorian Department of Treasury and Finance.

Wylie, who has publicly backed both Hollingsworth and the Winning Edge funding program in the wake of criticism, most notably from Australian Olympic Committee President John Coates, announced the resignation, stating “the Board has thanked Simon for his outstanding contribution to the ASC.

“Simon joined the Commission in September 2011 and has led significant strategic and organisational reform.”

Commenting on leaving the Commission, Hollingsworth commented “with the Rio Olympics over and as the ASC focuses on the future, now is the right time to take the next step in my career.

“When I joined the Commission I said that my two career passions are sport and public policy. It has been an honour and a privilege to lead the ASC for the past five years.

“Now I have an opportunity to pursue different policy challenges in my new position at the Victorian Treasury. I made this decision prior to the Rio Olympics and chose to wait until after its completion to make this announcement to avoid any distraction. Melbourne is home for my family so that was also a very relevant factor.

“I would like to thank the ASC Board for its leadership and support. In particular, I'd like to thank ASC Chair John Wylie who has been a great support to me in this role, and also his predecessor Warwick Smith. I'd also like to thank the sports sector and ASC people for their professionalism and commitment to Australian sport.”

Hollingsworth will remain in his role at the ASC until the end of September with AIS Director Matt Favier to then take over as acting ASC Chief Executive while a formal search is conducted.