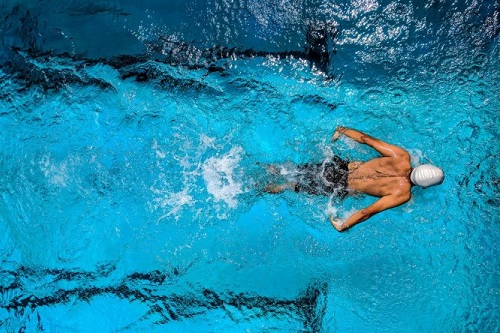 Sport Australia Chair John Wylie has welcomed the Australian Government’s $385.4 million package for sport and physical activity announced in Tuesday evening’s Federal budget, declaring it as one of the biggest funding injections for sport in years.

The Federal budget included more than $158 million of new investment directly to Sport Australia and the Australian Institute of Sport, helping to fund community participation initiatives through to additional support for Australia’s high-performance athletes.

The additional support includes a commitment of more than $54 million over the next two years, which will provide substantially improved development opportunities for emerging athletes of the future.

Wylie commented “this funding creates an incredible opportunity for sport, from children learning to play and be active through to talented athletes representing and inspiring the nation.

“It is one of the biggest funding injections in Australian sport in years.”

“It will substantially improve the AIS’s ability to discover and support our champions of the future and it will provide better opportunities for young Australians everywhere around the country to realise their potential to graduate from club sport to representing their region to their State and ultimately their country.”

AIS Chief Executive, Peter Conde stated “sports have been telling us that athlete pathways are an ongoing challenge, so this funding is a great result for the future of Australian high-performance sport.

“Since the 2016 Rio Olympics and Paralympics, we’ve seen the retirement of long-standing champions such as Anna Meares in cycling, Kim Brennan in rowing and Kurt Fearnley in para-athletics.

“This is about finding the future champions that will lead our next generation of athletes and inspire Australians.

Conde said the new funding would also enable the AIS to invest more directly in sports and athletes, adding “athletes are at the very heart of what we do and so the AIS will be increasing our annual direct support grants - dAIS - to athletes by more than 16% to $14million a year,” he said.

“These dAIS grants are in addition to AIS sport investment and they are means-tested, so this support goes directly to athletes who need it most to allow them more time to train, prepare and compete.”

The wellbeing and personal development of athletes continues to be an important AIS priority and further investment will now occur in areas such as mental health, athlete engagement with their communities and transition support for retiring athletes.

The AIS Athlete Wellbeing and Engagement division, launched last year, will be able to provide greater support for athletes so they are equipped to enjoy life success and not just podium success.