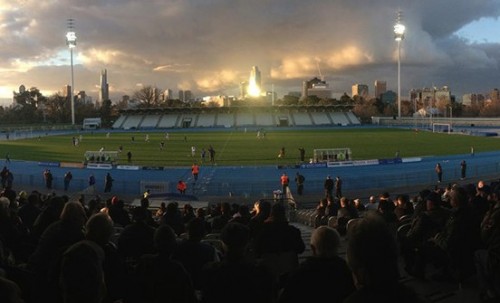 The Association of Australian Football Clubs (AAFC) has released a progress report on its objective to introduce a national second division of football by the end of 2022.

With football in Australia currently operating eight separate state-based National Premier Leagues below the level of the A-League, the AAFC plans to introduce a national second division with an initial 12 clubs drawn from across clubs in NPL1 competitions.

Clubs would be required to meet specific criteria including the size of their facilities, coaching staff with A-license accreditation and a comprehensive women’s football program.

The Progress Report - Reshaping Australian Football’s National Second Tier, also indicated the AAFC believes the second-tier men’s model will reach its maturity by 2028, reaching the goals of a second-division side winning the FFA Cup, qualifying for the Asian Champion League, and the majority of clubs playing out of boutique stadiums with a streaming service that generates sustainable revenue.

The report suggests that the annual cost of running a National Second Divistion competition would be between $2.5 million and $3.3 million for a 12-team league, of which the largest share would be centralised travel costs.

Cash generated from player sales through the introduction of the planned transfer system - an initiative being championed by Football Australia Chief Executive James Johnson - could also make a significant contribution to clubs to offset the running costs of the new league.

Among the plans are a 2025 start date for a national second division for women, with the men’s program expected to expand to 16 teams with a promotion/relegation structure introduced by 2025.

Advising that said the National Premier League football system has been limited and disconnected from reaching its potential in the Australian football ecosystem, AAFC chairman, Nick Galatas stated “by concentrating on our second-tier talent, our model offers hundreds of additional elite, national competition level playing opportunities for our young players, high-level coaching opportunities for our best local coaches, development of strong clubs across our country, places to nurture our future administrators, unleashing funding and sponsorship opportunities and building more football-specific facilities.

“And it embeds within its DNA the ability to grow and develop to a higher level, to respond to the development of our game and its needs and challenged as they arise.

“Most importantly, it offers the game’s supporters what they want."

Stating that support for the proposal “has been overwhelming”, Galatas added “this report is about what our member clubs can contribute to Football Australia in establishing and operating a true national second tier.

“It identifies the most viable and financially responsible model for a true national second tier to be able to both start and, as importantly, to grow.

“Nobody seriously thinks 222 clubs sitting below and unconnected to our 12 top tier teams is the best we can do.

“That is why, since October 2017, when AAFC publicly called for a National Second Division, a true second tier, support for it among fans, players, coaches, media, retired football stars and governing bodies has been overwhelming.

“We welcome any suggestions for improvement but about one thing there can be no argument… it’s time.”