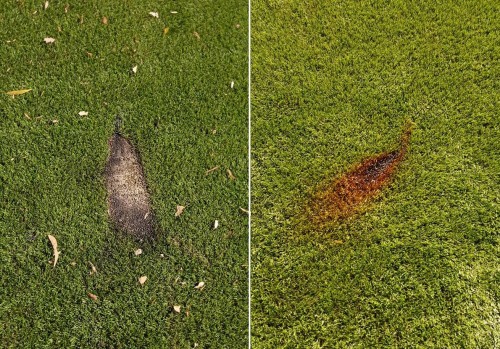 Flares thrown onto the pitch at Sydney’s Lambert Park during a National Premier League NSW game have damaged the artificial surface.

With the use of flares at recent A-League games condemned by Football Federation Australia, it would appear fans ignited and threw flares during the NPL 2 match between Sydney FC and Mounties Wanderers on the evening of Sunday 6th March.

Synthetic surfaces can suffer from this type of vandalism which can require the replacement of a larger section of the surface.

Since the APIA Leichhardt Football Club opened the Limonta Sport surface in mid 2014 it has been able to host far more football than its previous grass surface allowed. In addition to its own games, the clubs hosts other fixtures included those of the Sydney FC NPL NSW 2 team.

The club has also hosted highly successful ‘summer football’ tournaments, generating considerable revenue that is paying back its investment in the surface.

The surface, which is FIFA 2 star compliant, has been used in conjunction with Limonta's InfillPro Geo system, an organic material of plant origin that has revolutionised the infill method for artificial turf fields. Being organic, the infill is environmentally friendly and performs at low temperatures, keeping the median temperature of the artificial turf surface lower than if rubber infill is used - a vital consideration in the Australian climate.

According to Facebook “APIA Leichhardt officials are justifiably upset” by the flare incident and resultant damage.