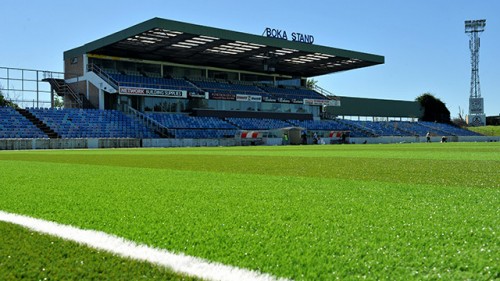 Sydney United 58 FC is the latest NSW football club to open an artificial turf playing surface with the new field set to benefit both the club and the local community.

Sited at the Sydney United Sports Centre in the western Sydney suburb of Edensor Park, the FIFA 2 Star surface, one of just handful of FIFA 2 Star surfaces in Australia, is the first Australian artificial turf installation for a football field by CCGrass of Nanjing, China.

Paid for by Sydney United 58 FC as a result of fundraising for the project within club and the local community (and without Government support), the pitch was opened for action in the Football NSW IGA National Premier League home game against Blacktown Spartans FC in Round 11 on Sunday 26th May.

Sydney United 58 FC Managing Director Mark Ivancic explains "this pitch will stand Sydney United in good stead in our endeavour to be one of the leading, if not the leading developmental clubs in Australia.

"We're very excited that all the hard work and planning is finally coming to fruition and we thank those that have supported us."

The club now has plans to develop further artificial training surfaces and a Futsal centre on adjacent land within the Sydney United Sports Centre precinct.

The recently completed playing surface project also saw the an old steel mesh fence around the field perimeter replaced with a new, low and more aesthetic fence rail; giving spectators an improved unobstructed viewing. This will signal a new round of further improvements to Sydney United Sports Centre that will take place over the coming years.

Ivancic concludes "Sydney United Sports Centre will now be perfect for the many proposed uses all year round such as expanding the successful and highly anticipated summer six-a-side competition."