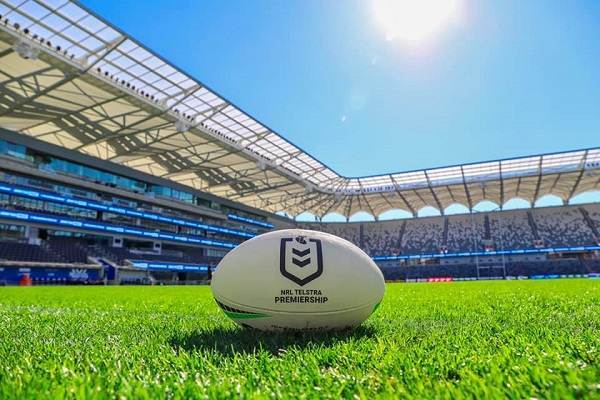 Fears over the spread of Coronavirus will see NRL matches and the AFL season played behind closed doors from next weekend.

With the NRL season have commenced last night, games will be played behind with no spectators in attendance from round two next weekend.

The AFL season will start behind close doors from next weekend while the AFLW will be played behind with no fans from tomorrow.

On a day of fast-moving developments, when Australian Prime Minister Scott Morrison announced a ban on non-essential mass gatherings, and which began with the cancellation of the Melbourne F1 Grand Prix also saw basketball officials close the NBL’s grand final series to spectators from tonight’s game two.

Rugby union’s Super Rugby games in Australia will follow suit from next weekend while swimming’s hierarchy called off next month’s national championships.

The cancellation of the Australian Grand Prix came as spectators were queuing to enter Melbourne’s Albert Park circuit for the first day of practice.

With sporting leagues around the world holding games without spectators or suspending competition, NRL Chief Executive Todd Greenberg said Friday night’s matches would proceed with spectators but next week’s round of games would be held in empty stadiums.

Advising of the AFL’s decision, which will see the men’s premiership season will start as scheduled next Thursday night without fans attending, AFL Chief Executive Gillon McLachlan stated “the landscape is changing quickly; each organisation has their own set of challenges but our clubs, players, officials and fans know that the health and safety of all is the number one priority.”

Rugby Australia Chief Executive Raelene Castle said fans were allowed into Super Rugby games this weekend but would be banned indefinitely from the next round.

Cricket Australia Chief Executive Kevin Roberts said the decision to play one-dayers against New Zealand without spectators was common sense “in the face of an unprecedented public health issue”.

In basketball, the NBL’s owner Larry Kestelman shut out fans from the grand final series between Perth Wildcats and Sydney Kings.

Kestelman told media “in the event of a player, staff member or official testing positive to coronavirus we will immediately suspend the series.”

Football Federation Australia (FFA) called off all international travel from national teams, starting with next month’s friendly between the Matildas and the United States in Utah.

Earlier in the week the Socceroos FIFA World Cup qualifiers scheduled for the international windows in March and June were called off.

However, FFA Chief Executive James Johnson said A-League matches and W-League semi-finals on Friday and over the weekend would go ahead with crowds.

The World Surf League also suspended all events this month while the BMX national titles, due to be held from 23rd March, are also offer.

Further developments are expected in relation to codes looking to continue playing. Doing so will keen fans and sponsors happy, playing matches in closed venues is based on an assumption that players, managers and club staff, as well as others who attend, are not infected.