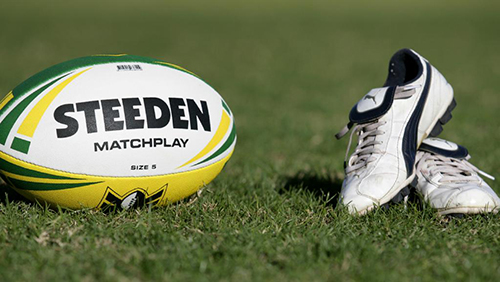 The successful staging of Magic Round in Brisbane, a sold-out State of Origin in Perth and robust commercial growth has led to a significant increase in the NRL's income, with its latest annual report showing a second consecutive surplus over $30 million from annual revenue now at $528 million.

Announced today, the surplus has allowed for an increase in distributions to club and state members as well as a direct $10 million investment into grassroots football for the 2020 season.

The number of participants playing rugby league in 2019 increased nationally, driven by an 18% growth in the women’s game and more than 11,000 children being introduced to rugby league as part of the new League Stars program.

Australian Rugby League Commission (ARLC) Chair, Peter V’landys, who was re-elected as Chair by the Commission, said the outcome continued the remarkable growth story of the NRL, commenting "this is an outstanding result for everyone involved in our game.

“It is a remarkable growth story.

“We have now consolidated a strong surplus, that hasn’t always been the case for the NRL, and it provides us with the opportunity to invest more in grassroots rugby league and look at long term investments to ensure an even stronger future.”

Advising that despite challenges during the 2019 season the game’s commercial revenue continued to grow, NRL Chief Executive, Todd Greenberg stated "our non-broadcast revenue increased by 14% to over $200 million, that’s a strong investment in rugby league and showcases the continuing strength of our product.

“In 2019, we worked to secure new partners and extend existing relationships.”

Adding that the growth of the game nationwide had enhanced revenue options, Greenberg went on to say "now more than ever our game has a genuine national footprint.

“State of Origin was played in Perth in 2019 with a record crowd attendance for Optus Stadium.

“This year we will have NRL content in every mainland capital city - that highlights the strength of our game right across the country.

“In 2019 we took calculated risks like Magic Round - never been done before - and playing an Origin game in Perth.

“Both innovations exceeded expectations and generated a strong commercial return for everyone in the game.”