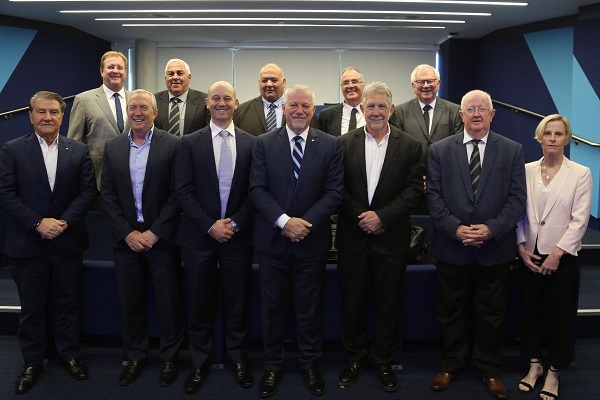 Key stakeholders in rugby league in NSW have voted unanimously to approve a new constitution in a landmark move that will see the sport governed by one body for the first time in more than 80 years.

The long-awaited amalgamation of the NSW Country Rugby League (CRL) and the Sydney-based NSW Rugby League will see $7 million in Australian Rugby League Commission funds unlocked for the new combined administration to deliver rugby league programs and competitions across the whole state.

The decision was also supported by CRL members who earlier voted to wind up the organisation’s operations, effective immediately.

The changes in governance will also be effective immediately from today, Friday 18th October 2019 (more than 12 months earlier than originally planned), with all existing NSWRL and CRL staff working for a single merged entity.

The NSWRL’s new nine-member Board, finalised today, will meet for the first time on 23rd October with current NSWRL Chairman Dr George Peponis remaining at the helm.

The Board has been increased from seven to nine until the 2021 AGM to help with transitioning through the merger process. In addition to the chair, it consists of four metropolitan and four regional directors, of which each area is represented by two elected directors and two specialist appointed directors.

The two organisations, which have operated autonomously since 1934, have been considering merging for almost 30-years. Three reports - the first being the 1992 Bradley report - all recommended the merger, while country clubs continue to close and male participation numbers in Sydney fall.

Bob Millward OAM has been appointed President, replacing John Chalk AM who died in August.

Dr Peponis said it was very exciting to be involved in such a landmark decision and commended the NRL’s leadership team of Peter Beattie, Peter V’landys, Todd Greenberg, and Jim Doyle, along with the CRL’s John Anderson and Terry Quinn for their collaboration.

He advised “this merger between the New South Wales Rugby League and Country Rugby League has been on the agenda since the early 1990s and has been a major strategic priority of our Board since I became Chairman.

“I am really pleased it has been delivered for our whole state. It is the most significant governance development in the game in New South Wales for 80 years and we are really excited about what that means for the future of rugby league in this state and the opportunity a single governing body presents for everyone at all levels of the game from the city to the country.”

NRL Chief Executive Todd Greenberg told the meeting it was a monumental day for rugby league to have one governing body with oversight of the state, adding “today is a very big day for rugby league and you should be very proud of yourselves for putting the game first.”

However, according to a report in the Sydney Morning Herald, the CRL Referees Association has signalled dissatisfaction at the merger.