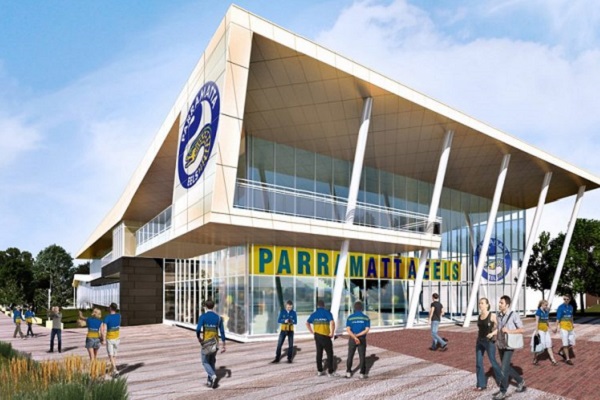 The Parramatta Eels have announced a plan to commence building the largest high-performance  and community rugby league facility in Australia, thanks to a $15 million funding commitment from the Federal Government.

The proposed $40 million complex in Sydney’s north-west will house a High-Performance Centre for the Parramatta Eels, along with four international rugby league fields, an elite standard match venue and a 5,000 metre² community facility.

Parramatta Eels Chief Executive, Bernie Gurr said the facility would focus strongly on driving engagement with the Eels and the wider community, stating “(this) announcement is a landmark day for our club.

“This project will provide a world-class sporting facility that will enable our NRL team and youth academy programs to be housed in one state of the art venue and enhance our capacity to give back to the community.

“Through our discussions with The Hills Shire Council it quickly became clear that we had an opportunity to build something really special, a place that could cater to the changing needs of one of the fast-growing regions in Australia and increase participation in rugby league and touch football from grassroots all the way up to the NRL and NRLW level.”

Announced in the final week of the Federal election, Federal Member for Mitchell Alex Hawke, said the funding announcement shows the Governments’ commitment to investing in local sporting communities. However, he did not make clear whether the funding had been committed in the last Federal budget or was an election pledge.

Advising that the development would be a great opportunity for the local community and for elite players, Hills Shire Mayor, Dr Michelle Byrne advised “Council have been working collaboratively with the Parramatta Eels on the vision for a community and a high-performance centre that will provide opportunities for our residents to play sport at the highest levels and ensure grassroots rugby league receives the highest standard facilities.

“We look forward to finalising the designs of the project together and working with all the relevant parties in delivering this great vision.”

The new facility is expected to support various community groups such as Wheelchair Rugby League, Try Time and Physical Disability Rugby League, as well as the NRL School to Work program, delivering benefits to multi-cultural communities with a focus on social cohesion and diversity.

With the Eels to move away from their current training base in North Parramatta, it has been suggested that the site could be a site for a new aquatic centre to replace the now demolished Parramatta War Memorial Swimming Pool.