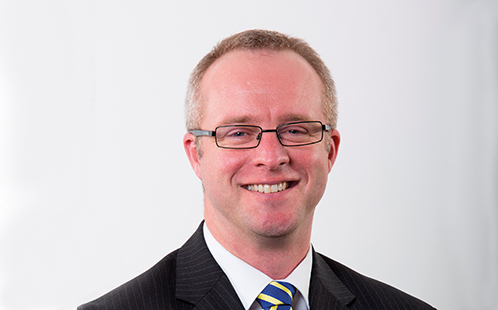 Scott Seward, the former Chief Executive of the Parramatta Eels NRL club has been handed a two-year good behaviour bond for his role in the rugby league club's salary cap scandal.

Seward, aged 41, pleaded guilty in May to dishonestly obtaining a financial advantage by deception, and also admitted to publishing false or misleading material to obtain advantage.

In sentencing Seward in Sydney’s Downing Centre Local Court, Deputy Chief Magistrate Christopher O'Brien acknowledged that he did not implement the scheme to make off-the-books payments to players and managers, saying it was clear he "inherited a diabolical mess".

Chief Magistrate O'Brien accepted Seward's account the Parramatta Eels board told him to fix the problem of finding the money to make third-party payments or they would find someone who would.

Chief Magistrate O'Brien stated "there was a degree of desperation and coercion at the time these offences were committed.

"The offender was, as the CEO of Parramatta Eels, completely out of his depth and plainly unsupported by his board of directors.

"He is entitled to feel significantly let down by his board of directors."

The Chief Magistrate praised Seward for coming forward to the NRL and for assisting police with their investigation, adding “taking this step took considerable courage for which he should be commended.”

No conviction was recorded against Seward.

Outside the court, Seward toldthe ABC "I'm just glad it's all over and we can all move on.

"It justifies coming forward and doing the right thing."

Seward's lawyer John Sutton said any harsher punishment than a bond would have been "a deterrent to whistleblowers".

Advising that his client had lost his job, Sutton stated “he is unlikely to be able to recover in an employment sense to the position he was at.

"There's been stunning falls from grace and all because he had the honesty and integrity to put himself forward and tell the truth about the matters that have gone on."

Seward was Chief Executive of the Eels between September 2013 and June 2015, during which time the club was accused of systematically cheating the NRL salary cap by way of third-party payments.

An investigation revealed the club had hidden payments and issued inflated invoices from suppliers to raise cash that was then paid to players.

During a sentencing hearing last week, Sutton told the court when his client took over the Parramatta club's top job, he inherited a considerable amounts of debt and was put under great pressure to pay it.

He said his client's conscience "eventually got the better of him" so he resigned from the club, then alerted the NRL's integrity unit and police about the salary cap breach.

Sutton said Seward never made any money from the hidden payments and inflated invoices.