Opening of NSWRL Centre of Excellence hailed as a ‘game-changer’ 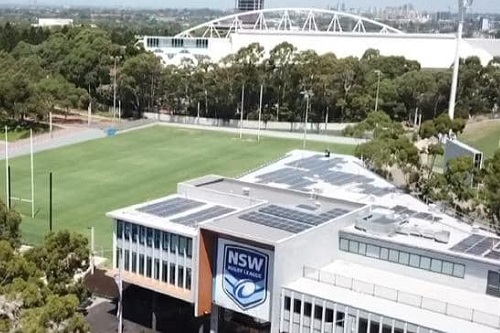 The NSWRL’s multi-million dollar Centre of Excellence has been hailed an “absolute game-changer” and the “best rugby league facility in the world” after its official opening at Sydney Olympic Park yesterday (5th February).

Speaking at the opening, Dr Peponis stated “the NSWRL had a vision in 2015 to take an already existing culture of best practice to another level.

“At the time the Brydens Lawyers NSW Blues had completed a memorable State of Origin series win over Queensland the previous year to end a long run of outs against the Maroons.

“The NSWRL recognised then it was important for the Blues, and all our representative teams, to have a permanent home and state-of-the-art facility to fully realise their potential.” 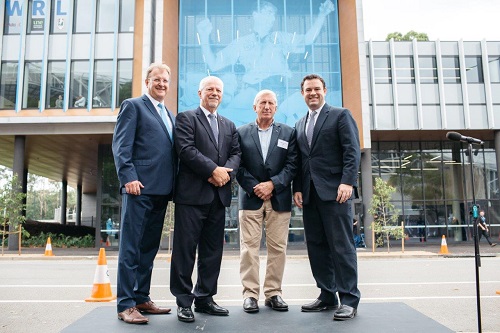 Minister Ayres, advised “this is a home for everyone in NSW Rugby League - men, women, volunteers, professionals, players and officials. It’s a centre of excellence for all.

“It’s a state-of-the-art facility for Rugby League in NSW and will help grow the sport by providing a pathway for junior representative sides through to the men’s and women’s NSW State of Origin teams.

“Investments like this ensure, as we renew Sydney Olympic Park, sport remains firmly embedded in the DNA of the park.”

Intended to be the home of the NSWRL for the next 40 years, the Centre of Excellence will also house Country Rugby League, Men of League Foundation, KARI Foundation and the University of New England.

The facility includes a full-sized playing and training field adjacent to the building with direct access to a gymnasium, a tunnel linking the Centre of Excellence to ANZ Stadium to be used exclusively by the players on game night, a change room which allows NSW Blues coach Fittler to make contact with every player, recovery facilities and medical treatment rooms, a hydrotherapy room, a Blues-themed café and museum. 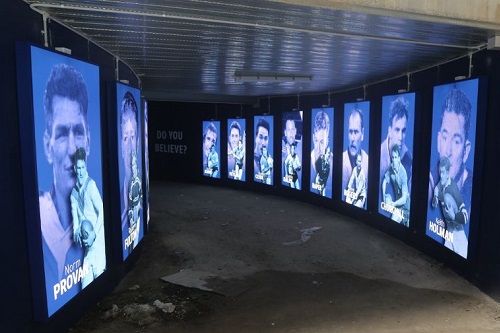 In addition, the Centre of Excellence also includes function and hospitality space for dining and entertainment that will enable guests to watch the team train on the adjacent field, and a 60-person lecture theatre for presentations, media conferences and post-game team analysis.

“It’s not a stretch to say this is the best high-performance facility in the rugby league world.

“For everybody in the NSWRL family, whether it’s State of Origin players or pathways players or women’s players or our wheelchair team, to have access to the best Rugby League facility in the world is fantastic for our game and something that will take it to new levels.”

The NSWRL’s partners were also thrilled to be part of the Centre of Excellence.

The tunnel which links to ANZ Stadium and is now decorated with images of NSW Origin greats, will be used on game night for this year’s third State of Origin clash on 10th July.