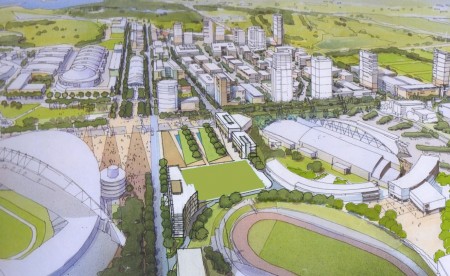 Set to make Sydney Olympic Park the long-term home of the NSW Blues, the facility is planned as the most advanced high-performance sports centre in the southern hemisphere.

When complete, the NSWRL will move its administration offices from Moore Park to the new building with the Centre of Excellence also include a state-of-the-art gymnasium, hydrotherapy and rehabilitation rooms, and other specialized support facilities. 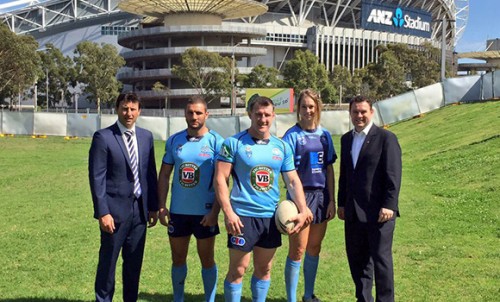 Minister Ayres stated “NSW remains the spiritual home of Rugby League, so from our perspective, investing in world class training and administration facilities is exactly what the sport deserves.

“The first stage of the build will provide a full size training field next to the Athletic Centre and a new building for specialised support facilities and the offices of the NSW Rugby League.

“The $10 million NSW Government funding toward the facility highlights the strong commitment to grow Sydney Olympic Park as a sporting and business gateway to Western Sydney.”

NSW Blues State of Origin coach Laurie Daley said access to state of the art facilities at the Centre of Excellence, as well other facilities in the precinct, will create a wonderful opportunity, commenting “the new Centre of Excellence will improve preparation for our junior representatives and elite players to referees- not to mention adding to the home ground advantage of ANZ Stadium.”

The new facility, expected to be completed in late 2017, joins other state of the art sporting at Sydney Olympic Park including the GWS Giants training centre and Netball Central, home to the NSW Swifts and second Sydney team set to compete in 2017’s National Netball League.