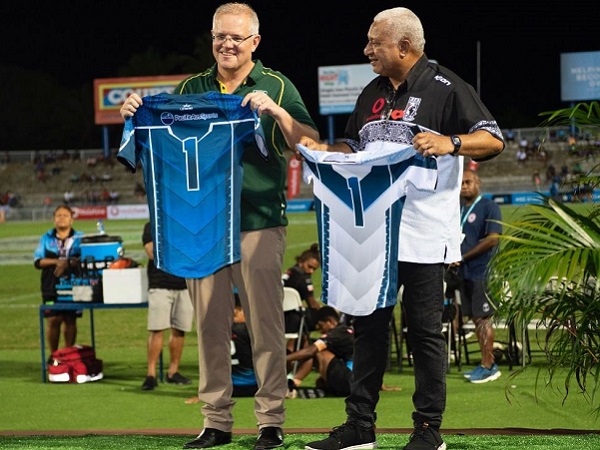 The NSW Rugby League (NSWRL) has today announced an historic agreement with Fiji National Rugby League which will see Fiji field a team in a NSWRL competition next season in a move to significantly assist the development and growth of the game and provide a pathway for the country’s aspiring rugby league players.

The team will be known as the Kaiviti Silktails (Kaiviti means someone from Fiji while the Silktails are a bird native to the country) and will play in the Ron Massey Cup next season with a view to eventually playing in the state’s premier competition, Canterbury Cup NSW.

The deal has been made possible by the Australian Department of Foreign Affairs and Trade (DFAT) which has supported Fiji’s application and will provide a funding deal for the next four years and has also backed a move to play NRL pre-season trial matches in the Pacific for the next three years.

Dr Peponis announced "this is an historic and exciting day for both the NSWRL and Fiji National Rugby League.

“Fiji has provided our game with plenty of exciting players over the decades and it’s a wonderful initiative to now have a direct pathway to help them pursue a rugby league career.

“I’d like to thank the DFAT for all their support and I can’t wait to see the Kaiviti Silktails in action in 2020.”

Civoniceva, who also represented Australia and Queensland, and who has been a driving force behind the bid, added "it’s been about six years in the making but something of this nature was always going to take time.

“We’ve been very fortunate to have a good support network of people behind this push.

“I’m very grateful to the NSWRL to give us an opportunity to present our case and today’s launch in Suva with both of our Prime Ministers present is a huge bonus.

“This will be a wonderful pathway to help local talent chase their dream of playing professional rugby league.”