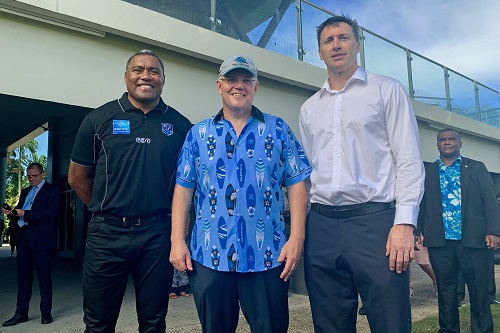 The Australian Government and the NRL have today announced a series of initiatives to develop rugby league in key Pacific Island nations in the coming years.

In the Fijian capital of Suva today, Australian Prime Minister, Scott Morrison announced that the Australian Government will support NRL pre-season trial matches being played in Pacific Island nation over three years starting in 2020 with at least two NRL Telstra Premiership teams play an official trial fixture within the region in 2020, 2021 and 2022.

Prime Minister Morrison also revealed funding support for the current bid by a team from Fiji - backed by Petero Civoniceva and the Fiji National Rugby League - to compete in the Intrust Super Premiership NSW in 2020.

Prime Minister Morrison advised “I am happy to announce that we will be helping fund Fiji’s pathway into the New South Wales Rugby League’s Intrust Super Premiership.

“It’s been a dream of Petero’s and many others to field a Fijian team in one of our most beloved competitions.”

Minister Payne advised “these announcements are part of the Australian Government’s commitment to the Australia-Pacific Sports Linkages Program which will deliver $40 million in grants over five years to support the development of sport throughout the Pacific.

“Sport has been a longstanding element of our engagement in the Pacific. This new program recognises the role and reach of sport as a major connection between Pacific and Australian people and communities.” 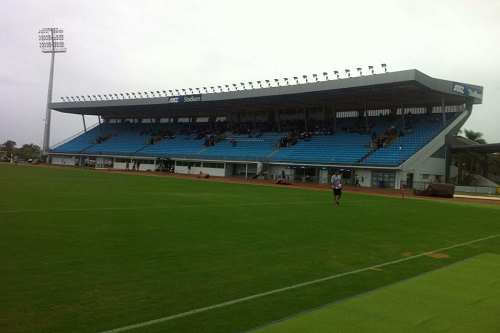 NRL Head of Government and Community Relations, Jaymes Boland-Rudder said that today’s announcement was a fantastic endorsement of the positive impact rugby league has both on and off the field throughout the Pacific, commenting “the NRL trial matches, alongside the assistance provided towards funding the proposed Fijian-based team in the NSWRL Intrust Super Premiership, will have a profound impact in inspiring our proud and passionate Pacific neighbours and their communities.”

The NRL will work directly with NRL Clubs before confirming which teams will participate in the Pacific trials at a later date.

NSWRL General Manager of Football, Barrie-Jon Mather, said the decision was a great vote of confidence in the game’s future in the Pacific and their hopes to play second tier rugby league, adding “the announcement of support by the Australian Government substantially assists the bid team, led by Petero Civoniceva, and puts them a step closer to realising their dream of having a Fijian team play in our elite competition.

The NRL will work directly with NRL Clubs before confirming which teams will participate in the Pacific trials at a later date.