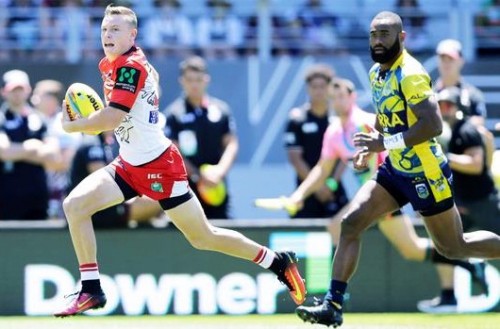 Aiming to grow the sport internationally, the Rugby League International Federation (RLIF) is planning to introduce a Nines World Cup in 2019.

The RLIF Board agreed to stage the event for the first time after their latest meeting, with the World Cup aimed at complementing the November tours by England to Australia and New Zealand.

The concept of the nines format is viewed as similar to rugby union’s sevens game, with the National Rugby League teams having taken part in pre-season nine tournaments.

The format has also featured at two editions of the Pacific Games to date, as well as the upcoming Tonga 2019 Games.

An RLIF statement advised “expressions of interest to host the RLIF Nines World Cup have been received and a full report will be made to the May 9 Board meeting.

“Following an evaluation of the 2019 RLIF Nines World Cup, the Board will review whether the 2023 RLIF Global Event should be a Nines World Cup or a 13 a side event.”

RLIF have also sought to continue to develop the game on the international stage by agreeing to support an Emerging Nations World Championship in 2018.

Teams will be required to be RLIF member nations, with the governing body stating the success and their investment of US$100,000 being determined by the players from the competition countries returning home to develop the sport.

Canada, Greece, Hong Kong, Hungary, Latvia, Malta, Niue, Philippines, Thailand and Vanuatu have been confirmed as competitors at the event, with further nations expected to join in the coming months.

It was also decided that 16 teams would compete in the Rugby League World Cup in 2021, rising from 14 in this year’s competition.

Seven teams will qualified from Europe, along with six from the Asia-Pacific region, two from the Americas and one from a play-off series hosted in the Middle East and Africa.

The quarter-finalists in the 2017 event will qualify by right for the Games.

RLIF Chief Executive David Collier stated “the Board were mindful that every nation should have an opportunity to participate in a qualification process for the RLIF Rugby League World Cup in 2021.

“This solution provides every nation with that opportunity whilst rewarding success for eight of our Members who reach the Quarter-Finals of the 2017 RLIF Rugby League World Cup.”

Italy’s proposed membership of RLIF was approved by the board at their meeting, having gained European membership at the beginning of March.

Image: Action from the 2017 Rugby League Nines in Auckland. Courtesy of the NRL.