Uncertain future for rugby league’s expansion plans in the USA 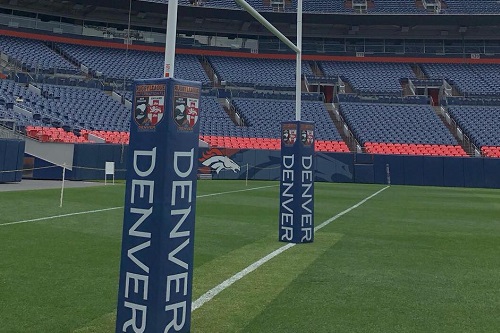 Uncertainty surrounds plans for rugby league to showcase and expand the game in the USA with the NRL reportedly set to cancel plans to stage the opening game of its 2019 season in the country and concern over the viability of the 2025 Rugby League World Cup.

Fairfax Media has reported that the NRL 2019 season opener, slated for a venue in Los Angeles, are set to be scrapped over the prospect that it could incur losses of up to $1 million (US$720,000) if it went ahead.

The match was expected to be played on a Sunday afternoon Australian time and had initially been christened as ‘Round X’, held a week before the NRL’s remaining 14 sides would have been scheduled to feature in the opening round.

With costs rising and the NRL searching for an independent sponsor for the game, the news will be a blow for NRL stakeholders who had thrown their support behind the plans in the hope of growing the code internationally.

The fixture, part of the NRL’s ambitious internationalisation strategy, had the star-studded backing of Hollywood actors Hugh Jackman and Russell Crowe who is also the South Sydney co-owner.

In addition, a planned test between New Zealand and England scheduled for the city of Denver, has reportedly also been cancelled after the promoter failed to meet a final deadline to fulfil his financial commitments.

There are also fears about the 2025 Rugby League World Cup going ahead with promoter Moore Sports International, the firm that backed the June test between New Zealand and England in Denver, Colorado, reportedly not having made payments to the New Zealand Rugby League and England’s Rugby Football League.

Reports suggest each organisation is owed a six-figure sum.

Moore Sports International was given a revised timeline, 31st August (US time), to pay the money. However, NZRL Chief Executive Greg Peters confirmed over recent days the firm had not done so.

Peters told media “we haven’t received anything to date.

“The number is commercially sensitive, but it’s a significant hold for us. We have a contractual agreement that currently hasn’t been fulfilled.

“We have all the normal legal recourse you would have for a contract with someone who owes you money. We will be considering our options in the near future.”

The Denver Test between England and New Zealand, part of a three-year agreement for the fixture, was meant to be the first of a series of forays into the American market ahead of the 2025 World Cup.

Moore Sports International President and Chief Executive Jason Moore is also the promoter for that event, one that now appears to be in serious jeopardy following the non-payments and the collapse of his proposed snowboarding competition Air + Style.

Peters continued “(the fixtures are) in serious jeopardy and unlikely to proceed.

“The actual spectacle from a fan’s points of view showcased everything that is good about rugby league.

“All of those boxes are ticked. The unfortunate part is the NZRL and the RFL were a testing ground for a promoter who hasn’t been forthcoming with payments that were due.”

The players have been paid, but the outstanding funds have put further financial pressure on the cash-strapped NZRL. Kiwis players will be paid just $5000 for their season-ending Test against the Australians, who will pocket $20,000.

Peters concluded “we have some pretty big financial challenges ahead of us so we can’t afford to pay at the previous level.”

Image: Broncos Stadium at Mile High in Denver, Colorado, USA prepares for the England vs New Zealand clash in June.