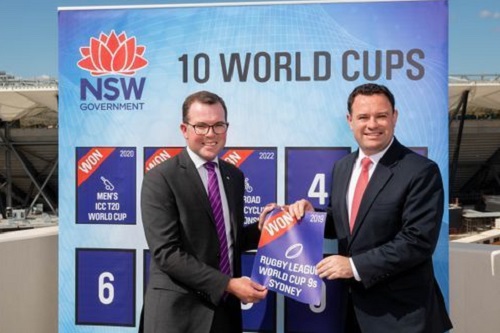 The short-format rugby league game has been played for more than 20 years but this tournament will mark the first four-yearly World Cup.

"We've played nines at the Commonwealth championships in Brisbane, next year nines will be played in the Pacific Games."

The fast-paced game runs for 20 minutes - two nine-minute halves with a two-minute half-time break. It features sides of nine players, with six interchange players, and only five players from each side form a scrum after a double knock-on.

Despite concerns from some quarters of player fatigue, the NRL insisted it would attract the best players.

NRL Chief Executive Todd Greenberg advised “we have taken the concept through all of our clubs and the players' association, we've looked at player workload.

"But bringing nines to the international game will have great success, this is players representing their nations - different to playing for their clubs." 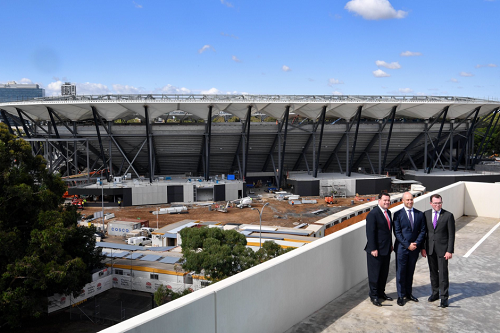 The Auckland Nines competition was scrapped in its fourth year, 2017, but Greenberg said the NRL was confident that playing the tournament at the end of the season would see it survive long-term.

He added “they desperately want to play for their countries.

The new $300 million Western Sydney Stadium is scheduled to open in April next year.

Images: NSW Minister for Tourism and Major Events Adam Marshall and NSW Minister for Sport Stuart Ayres announce the new competition (top) and the near-completed Western Sydney stadium from the outside. (below, courtesy NRL).