Cricket Australia vows that players, officials and fans will not be at risk during SCG Test 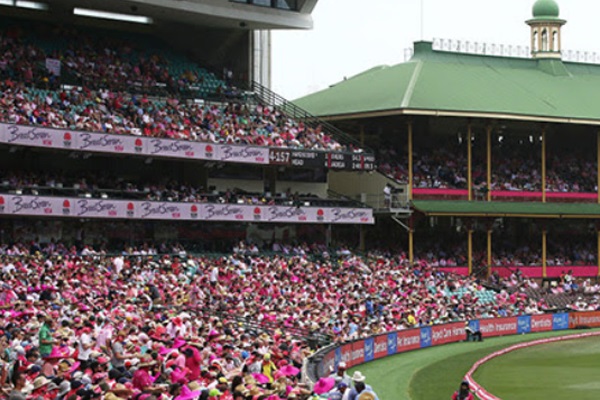 Cricket Australia Chief Executive Kevin Roberts has insisted that the health of players, officials and spectators will not be compromised during the upcoming Australia v New Zealand Test match at the Sydney Cricket Ground this weekend.

The contest, which is due to get underway tomorrow, is taking place with Sydney shrouded in smoke from bushfires on the NSW South Coast and with extreme weather conditions forecast for Saturday, with 40 degree Celsius temperatures and high winds expected.

Vowing to put players, officials and fans at risk, Roberts stated “we won’t be putting the players’ health at risk, nor will we be putting the health of match officials, fans at the match or our own employees at risk.

“That is something we will be monitoring consistently through the five days’ play. It’s a day-by-day proposition.”

Explaining that Cricket Australia has been working closely with the International Cricket Council (ICC), which is the sanctioning body for the match, as well as environment agencies, Roberts added “it’s fair to say it’s a collaborative exercise and we will continue to take advice from the experts.”

While greater Sydney is not directly impacted by the bushfires, if smoke reaches the ground and visibility or air quality becomes an issue, play could be stopped.

That decision would rest with ICC match referee and former West Indian Test great Richie Richardson and the umpires, based on monitoring of air quality readings.

Although Richardson has the final say, Cricket Australia will have heavy involvement and has been communicating with match officials and the ICC over smoke protocols.

Doctors will be told to provide officials with feedback from players, particularly if they are having difficulty breathing or experience sore eyes.

Ongoing bushfires across NSW and eastern Victoria have seen more than 10 deaths, the damage to huge area of forests and the destruction of hundreds of homes.

A Big Bash League Twenty20 match was called off in Canberra before Christmas because of smoke haze and conditions deemed unhealthy for players.

Australia’s one-day series against New Zealand in March will generate funds for towns that have suffered during the bushfires, while signed playing gear from the recent Boxing Day Test between the two teams will also be auctioned off to support victims of the fires.

Image: Fans at the SCG for the 'Pink' New Year Test.