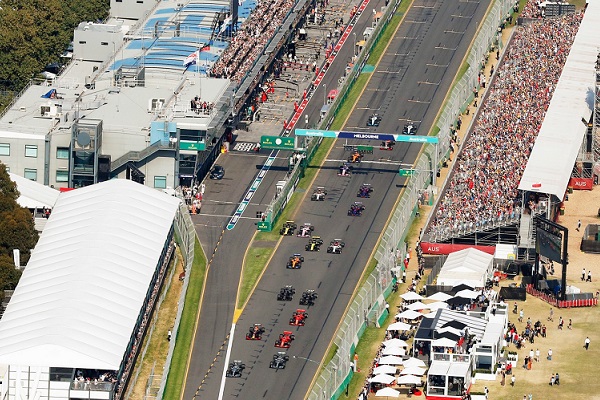 This weekend Melbourne Formula One Grand Prix is to proceed despite fears over the potential spread of Coronavirus at mass gatherings.

With April’s Chinese Grand Prix already postponed and the Bahrain Grand Prix - the second round of the F1 season - to held behind closed doors, Australian Grand Prix Corporation Chief Executive, Andrew Westacott advised today that the race will proceed as planned at Albert Park

With Formula One cars from Italian-based teams having arrived in Australia, Westacott said there is “not a chance” of the opening race of the season being cancelled, postponed or being held behind closed doors, telling SEN “when you look at 86,000 at the MCG last night, and the footy the week after, we’ve got to go around things sensibly and keep moving on through life while taking the necessary precautions.

“The interesting thing is the Italian freight. The Alpha Tauri cars and the Ferrari cars are on their way from Avalon (airport) as we speak, so it’s really good. The key personnel are on their planes.”

Victorian Minister for Health, Jenny Mikakos said the current status of no reported cases of community transmission of the virus in Victoria meant the grand prix could go ahead.

Minister Mikakos advised “at this point in time our advice around the grand prix and other public mass gathering events remains unchanged.

“We want to enable people to go about and live their lives as normally as possible, of course taking greater precautions than they would normally.”

More than 300,000 people usually attend the race weekend, raising fears over the potential spread of the Coronavirus among attendess, but Victoria’s Chief Health Officer Brett Sutton said there was no need yet to advise against events on such a scale.

He advised “there is a time and a place for the cancellation of public gatherings.

“The timing is important because when community transmission is at significant levels it has an effect.

“When there is undetected or very small numbers of community transmission occurring that is not necessarily the time. It loses the will of the population to engage in what is required and has very little effect on the epidemic curve.

“Make no mistake, we will hit the button on the things that are required for social distancing at the point they’re required.”

That threshold, he said, would come when there is “significant community transmission”.

Last week the Australian government announced enhanced screening measures for travellers arriving from Italy, although it stopped short of imposing an outright travel ban, as it has done for China, Iran and South Korea.

Under the new measures, team mechanics and staff have been subject to rigorous checks before their departure from Italy and then upon arrival in Australia. If a traveller fails those health checks, they will be refused entry to the country.