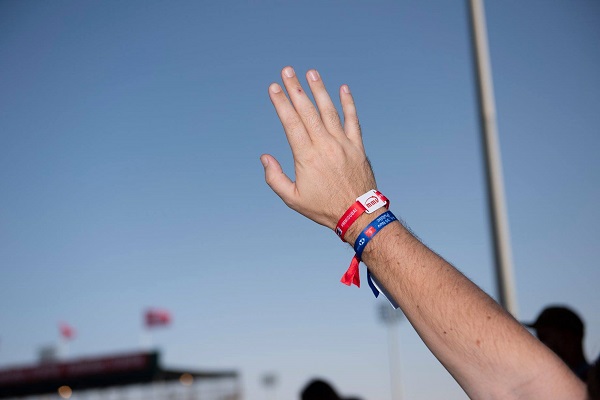 Cashless solutions leader tappit has announced a partnership with the Formula 1® Rolex Australian Grand Prix 2019 to introduce its technology to the F1 season opener at the Albert Park circuit in Melbourne.

The three-year deal will initially see tappit’s cashless technology as the exclusive payment method implemented at the bars for Club 15 powered by tappit, located at the penultimate corner of the track, the Piquet Premium Grandstand, and the Ricciardo Premium Grandstand. Motorsport fans at the three bars will be able to use a prepaid contactless wristband to pay for food and drinks. The quick payment method reduces queue times so fans can spend more time enjoying the thrill of the action.

After testing cashless technology in three locations at the Albert Park circuit in 2019, the aim is to expand the service to the entire event in subsequent years. With approximately 300,000 fans attending the event over four days, and a multitude of sponsor activations beyond food and beverage outlets, the partnership is an exciting prospect for fans and organisers alike over the coming years.

“One of the exciting things about providing tappit’s cashless solution to an event as prestigious and high-profile as this is that we can provide rich data into where, when and what the fans are buying. We’re excited to grow with the Australian Grand Prix Corporation over the next three years and together improve the event experience for all attendees.

Australian Grand Prix Corporation Chief Executive, Andrew Westacott added “I’m very pleased to welcome tappit on board as an official event supplier and we look forward to seeing Club 15 powered by tappit in 2019 and the ongoing improvements to fan engagement that we can create together in the coming years.

“Club 15 is the place to experience the penultimate corner as drivers battle for position before rocketing down Walker Straight or diving into Pit Lane, and now being powered by tappit, fans don’t have to miss a second of the action.”