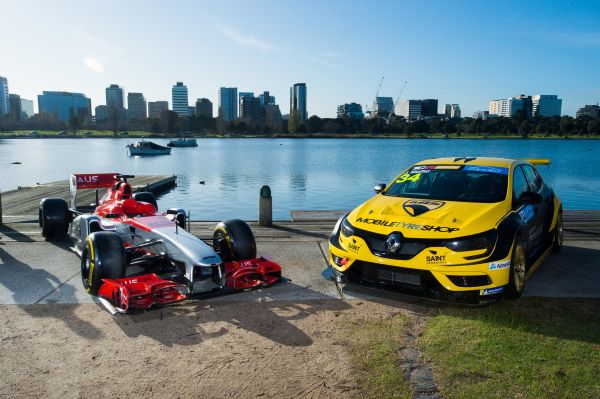 Launched in 2015, TCR is one of the fastest growing motorsport categories globally with over 30 different TCR championships around the world.

The key ingredient to TCR’s success is the relevance of the race cars which represent what Australians are buying and driving, with brands including Alfa Romeo, Audi, Holden, Honda, Hyundai, Renault, Subaru and Volkswagen represented in Australian TCR races this year.

Almost 20 cars have competed in each TCR race this season to date.

For the first time ever, fans who attend the Australian Grand Prix will be able to enjoy and experience a TCR series round as part of the event’s on-track race program.

AGPC Chief Executive, Andrew Westacott, is looking forward to continuing to enhance the fan experience with the presence of a TCR Australia round.

Westacott advised “there is always such a strong appetite from our fans for on-track activity, so having the exciting racing of a TCR Australia Series round at our event is the perfect fit.

“AGPC is always looking to inspire the next generation of drivers and being able to showcase a new Australian motorsport category not just nationally, but globally, is such a fantastic opportunity for all involved.”

"The Grand Prix is the largest and most significant international motorsport event held in Australia, and it will be fantastic to showcase the TCR category on the Albert Park circuit as part of the event.

"TCR teams, drivers and manufacturers are all excited by the opportunity to race over the Grand Prix weekend and we look forward to providing some action-packed racing for the fans at the track and the audiences watching event broadcast."