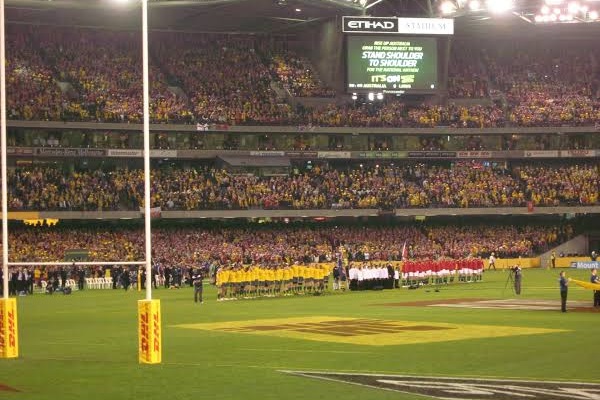 With Sydney's major stadia unavailable next year, Rugby Australia has today announced that it will stage the 2020 Bledisloe Test and Wallaroos in adouble-header at Melbourne's Marvel Stadium on 8th August next year.

Moving from the traditional rugby union bastions of Sydney and Brisbane, the Wallabies last year played a memorable Test in Perth and in 2020 will play against New Zealand at the Docklands venue for the first time since 2010.

The Bledisloe Cup clash and Wallaroos fixture in Melbourne is part of a deal between Rugby Australia and Visit Victoria that will see a Test match played in the city every year through to 2025, when one of the three clashes against the British and Irish Lions will also be held in Melbourne.

Marvel Stadium is a successful venue for the Wallabies, with 12 wins from their 15 Tests although they last. However, they have not played there since recording a victory over France in June 2014.

“In 2019 we saw how much these events have captured the imagination of fans in both countries, with a sold-out sign at Optus Stadium in the west and again at Eden Park in Auckland a week later, and we expect there to be a lot of excitement in Melbourne to watch two fantastic Test matches.

Hoping to attract a strong crowd for the double-header, Victorian Minister for Tourism, Sport and Major Events Martin Pakula added “Melbourne loves a big sporting event and the city has shown time and time again that it is a world class host. We can’t wait to get there in August next year.

“We’re excited to be welcoming the Bledisloe Cup to Victoria for the first time since 2010.

“Almost 30,000 people turned out at AAMI Park last year when the Wallabies hosted Ireland and we expect to top that at Marvel Stadium next August.”

8th May 2011 - Another decade of Bledisloe magic for ANZ Stadium