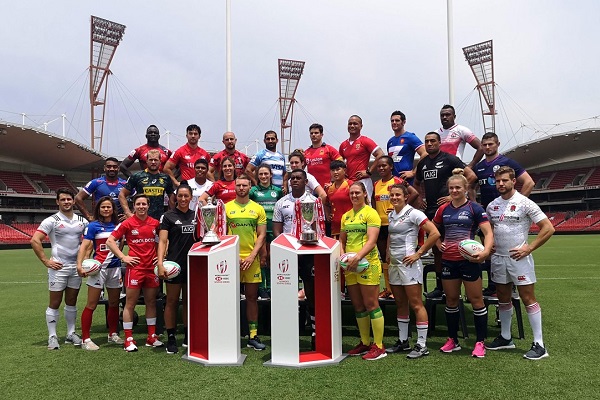 Having run up a $4 million deficit in 2017, Rugby Australia has announced a surplus in its 2018 results at its Annual General Meeting in Sydney yesterday.

Rugby Australia recorded a net surplus of $5.2 million in 2018 ($3.8 million operational deficit in 2017), aided by a $14.9 million net expenditure reduction primarily due to reduced funding allocated to Super Rugby, player costs decreasing, and a reduction in administrative staffing and overhead costs.

While the financial results from 2018 were reported as being generally positive, Rugby Australia indicated that it will operate at a loss in 2019 due to reductions in broadcast and match day revenue due to a limited domestic Test schedule due in a Rugby World Cup year.

It also advised that it is continuing to work under its revised 2016-2020 Strategic Plan, which provides a framework for Australian Rugby to achieve its vision: “To inspire all Australians to enjoy our great global game”. 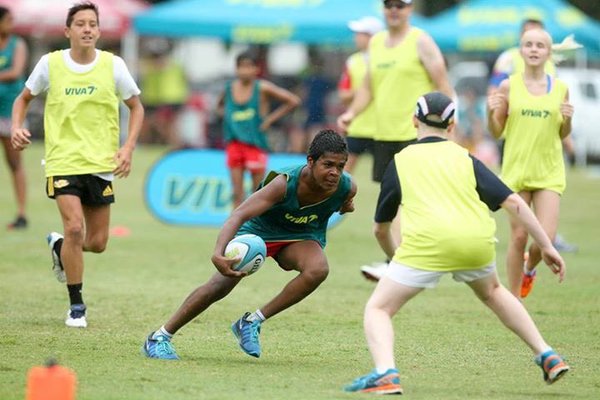 Significant highlights from the year include:

• Community Rugby recorded big gains across the country in 2018 with growth across all formats of the game in clubs and schools. Rugby Australia and its State and Territory Member Unions delivered rugby programs to more than 69,000 students across 657 schools. Of those, 61% were Government-run schools and 46% of school participants were female.
• Growth was achieved in the traditional XVs format of the game for the first time in several years, with Queensland (11%), Tasmania (10%), ACT (7%) and South Australia (2%) recording the highest growth in Club XVs across the country. New clubs were established in Western Australia, Tasmania and the Northern Territory.
• The advent of a new national women’s XVs competition Buildcorp Super W, and the expansion of the Aon University 7s Series completed the development pathways for women and spurred further growth in women’s rugby participation.
• In 2018, 63,443 females played rugby to make up 23% of the total playing population. This included a 57% increase in Club 7s participation and a 50% increase in Club XVs participation. Female rugby participation has now more-than doubled over the past three years.
• Rugby Australia strengthened its commitment to the safety and inclusion of all participants in Rugby with the national roll-out of the blue card concussion management system and the implementation of a world-leading ‘Size for Age’ dispensation policy in junior and schools rugby designed to prioritise safety and welfare and ensure maximum enjoyment for all participants.
• Rugby Australia hosted its first fully-integrated men’s and women’s HSBC Sydney 7s event at Allianz Stadium over the Australia Day weekend, which was celebrated with a history-making double title with the Australian men’s and women’s teams taking out their respective Cup Finals.
• The Qantas Australian Women’s Sevens team later captured a second HSBC World Series Sevens title in three years when they were crowned Series champions in June, after collecting a silver medal at the Gold Coast Commonwealth Games in April.
• The Mitsubishi Estate Ireland Series captured hearts and minds of Rugby fans across the country with strong crowds attending each of the three hard-fought Tests at Suncorp Stadium in Brisbane, AAMI Park in Melbourne, and Allianz Stadium in Sydney. Ireland won a gripping series 2-1 after the Qantas Wallabies had inflicted the visitors’ only defeat of 2018 in the opening Test in Brisbane.
• In August, Rugby Australia hosted an historic trans-Tasman double-header at ANZ Stadium in Sydney featuring the Buildcorp Wallaroos against New Zealand Black Ferns and the opening Bledisloe Cup Test between the Qantas Wallabies and New Zealand All Blacks. The 28,846-crowd in attendance for the afternoon kick-off in the women’s Test set a new world record for a women’s international.
• Australian referee Angus Gardner won the World Rugby Referee of the Year Award for his exceptional performances over 2018, which included the Vodafone Super Rugby Final as well as major Test matches.

Against the backdrop of these successes, the rugby community was also deeply impacted by serious injuries suffered by five schoolboy players in Queensland and NSW, where four student players were suffered four unrelated and dissimilar incidents during the Queensland Great Public Schools (GPS) competition, while a fifth young player suffered a serious spinal injury in a NSW State 7s trial in October.

This year, following recommendations from an independent review of these incidents, Rugby Australia will implement a Best Practice Safe Rugby Framework that incorporates existing player safety guidelines and introduces trial safety initiatives such as the ‘Front Row Passport’ program and will continue to support those families affected by serious Rugby injuries.

In 2019, Rugby Australia will continue its focus on delivering an aligned and integrated National High-Performance Plan with its State and Territory Member Unions to drive more consistent performance across Australia’s professional teams.

At the community level, Coaching will be a major priority with a coach education strategy driven from the ground up, from the community game through to the professional level, as well as a focus on growing Club Rugby participation through the continued rollout of the ‘Get into Rugby Club’ program. 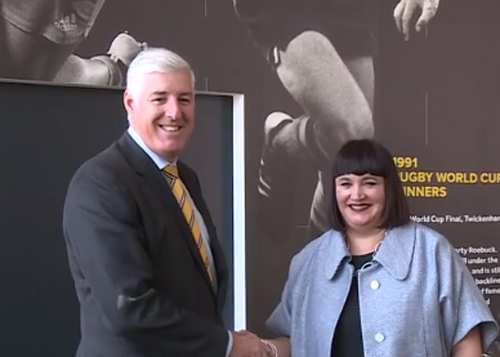 Being a Rugby World Cup year when the Qantas Wallabies will take on the world in Japan, 2019 provides another significant milestone for the code with the next SANZAAR commercial broadcast rights agreement to be finalised during the year.

Commenting on the year, Rugby Australialia Chairman, Cameron Clyne stated "there are many highlights and achievements from 2018, particularly in community rugby and those are the result of the dedicated, passionate people within our State and Territory Member Unions and the volunteers that continue to be the strength of our game in driving it forward each year.

“While we have once again experienced significant growth in women’s rugby, growth in Club XVs for the first time in several years, and substantial growth in Sevens, it is undeniable that the performance of the Qantas Wallabies rightly or wrongly overshadowed some of the other successes of our code.

“To achieve our ambitions for the game we need winning teams that can galvanise support from millions of Australians and inspire generations of future players.

“When this happens, the financial benefits follow, which means there is more money available to invest across the game.

“An extra $1 million was invested into community rugby in 2018, which saw participation increase across all three formats of the game.

“In 2019, we hope to see more positive results from the implementation of the National High-Performance Plan, after improved performance across the board from our Vodafone Super Rugby teams in the 2018 season.

“With our professional teams performing better, we will see more opportunities to inspire future players, attract new fans to the game and boost community Rugby funding.”