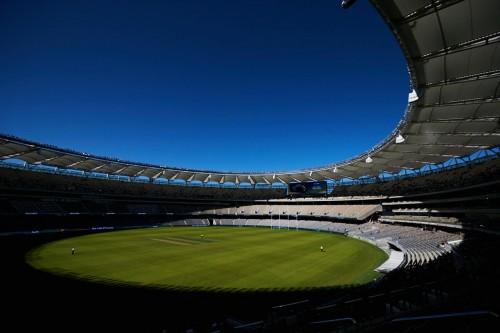 The 10th August 2019 double-header clash between Australia and New Zealand at Perth’s new Optus Stadium is now sold out with the final general admission tickets being snapped up by fans.

The historic event, which features Perth’s first ever Bledisloe Cup Test, sold out just six days after tickets went on sale to the general public.

The Wallaroos and Wallabies will meet New Zealand’s Black Ferns and All Blacks in only the second double-header on Australian soil, in what will also be the Wallaroos’ first Test match in Western Australia.

It has been 12 years since a Bledisloe Cup clash was last played in front of a sell-out crowd in Australia, when the Qantas Wallabies were pipped by the All Blacks 13-9 at Brisbane’s Suncorp Stadium in 2006.

Commenting on the sell-out, Rugby Australia Chief Executive, Raelene Castle stated “there has been an incredible response from Rugby fans for this historic event and the stage is now perfectly set for a memorable night on 10th August next year.

“Thousands of fans are set to converge on Western Australia from across Australia and New Zealand and the excitement in the local market for these two Test matches is evident with a strong contingent from the West securing their seats at their own world class Stadium.

“We are looking forward to an exciting build-up ahead of the event next year, which presents one of only two opportunities for Wallabies fans to see their team on home soil before they depart for Japan to begin their Rugby World Cup campaign."

The Wallabies will play their only other 2019 home Test match against Argentina at Suncorp Stadium in Brisbane on 27th July.