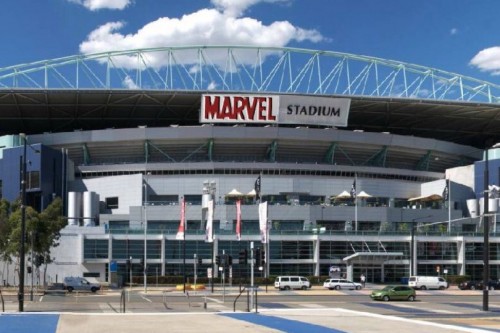 Melbourne’s Marvel Stadium has detailed its calendar for the 2020 AFL season with a total of 43 home and away matches allocated to the venue.

The Stadium’s season opener will see Western Bulldogs take on Collingwood on 20th March in what will mark the first of three Friday night games.

The venue will once again host the annual Good Friday match between North Melbourne and Western Bulldogs in Round 4. Marvel Stadium will also host Carlton’s first-ever AFL and AFL Women’s double-header in Round 2.

In Round 3, the Saints will host Richmond for Maddie’s Match. The Saints will also play Sydney for the annual Pride Game in Round 15. 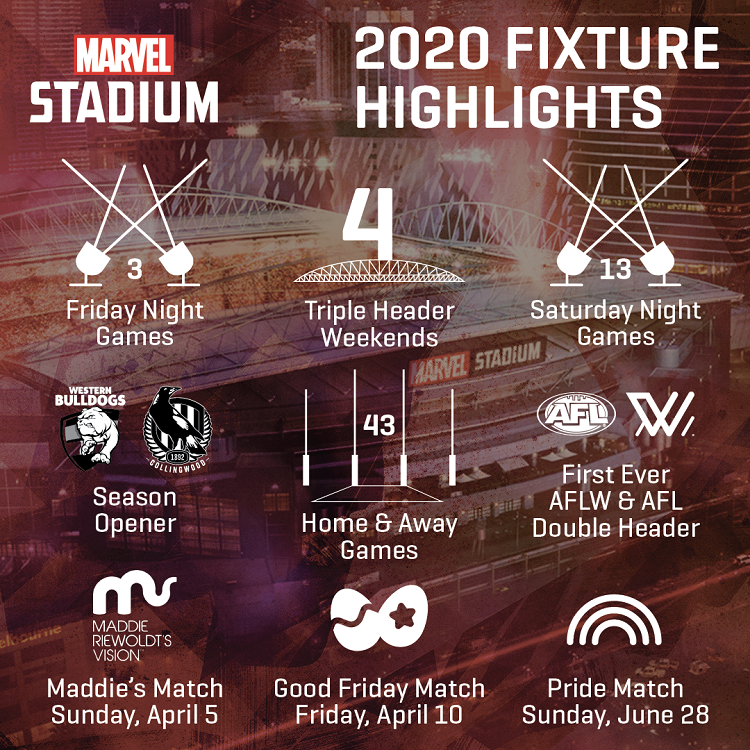 Every AFL team will play at Marvel Stadium at least once during the season, with St Kilda due to stage 10 games. Western Bulldogs will play nine games at the venue, North Melbourne and Essendon have been assigned seven each and Carlton will play six. Collingwood, Hawthorn and Richmond will also play home games at Marvel Stadium.

A total of four triple-header weekends will be staged at Marvel Stadium throughout the 2020 campaign.