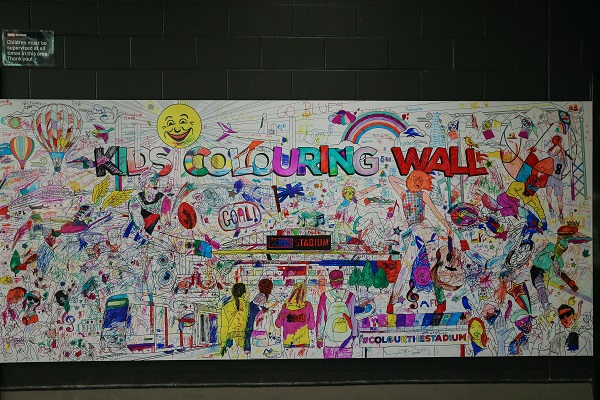 Marvel Stadium has added to its array of non-sporting activities with the unveiling of its new Kids Zone on the first level of the stadium.

Designed to provide families with a comfortable space to enjoy each other’s company, the Kids Zone is located on Level 1 just beside Gate 7 and features a play area and cubby house, dedicated childrens food vendor and the Stadium’s first large-scale colouring in wall to encourage younger visitors to unleash their creativity.

Measuring 3600mm x 1600mm, the colourless mural depicts four friends entering Marvel Stadium surrounded by details that capture the essence of the Stadium and Melbourne inlcuding a tram, sports players and a stage with spotlights.

The new Kids Zone and interactive colouring wall are the latest in a wave of innovations by Marvel Stadium intended to enhance the fan experience.

Introducing the new feature, Marvel Stadium Chief Executive, Michael Green stated "our Kids Zone is all about families. It’s a space where they can take some time out, have something to eat, have a play and quite literally get their hands dirty with some colouring in.

“Families are seeking the full experience when they visit Marvel Stadium and we are committed to creating a venue where people head in earlier to experience everything that’s on offer - whether that’s stopping past the Spider-Man climbing wall, enjoying something to eat at Garden Gate, or admiring one of the hand-painted murals inside the stadium.”

“The colouring wall is the latest activity that we’re proud to offer our fans, and when it is complete it will be the embodiment of our main goal - having fans come together to enjoy something unique and entertaining.” 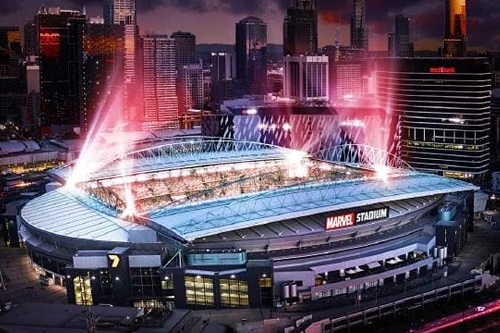 Accompanying the colouring wall and play space is an all-new menu for children, providing irresistible options such as toasties, cake pops, and pancakes with six different topping options.

The shift towards offering an experience beyond the main event to fans has been a consistent focus for Marvel Stadium and has seen additions such as a 16m high Spider-Man climbing wall, and the Marvel height chart, which allows fans to compare their heights and footprints to several iconic superheroes added to the offering over the last 12 months.

Focusing on fan experience across a breadth of events has been a recipe for success for Marvel Stadium, with the stadium winning Venue of the Year in TheStadiumBusiness awards in June.