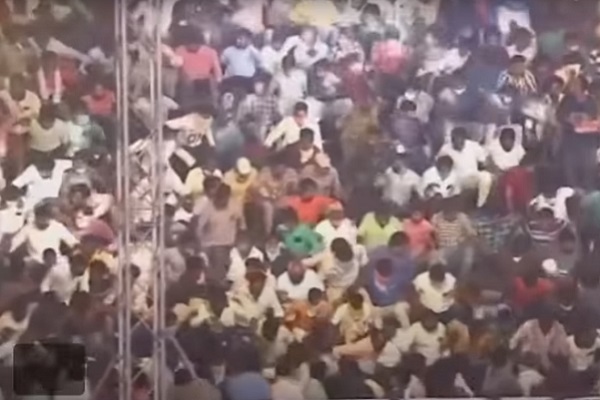 More than 100 have been injured following the collapse of crowded gallery at a stadium in Suryapet, near Hyderabad in Southern India.

At least 20 were seriously injured when the wooden stand collapsed prior to the start of a youth kabaddi championship on Monday evening.

Video footage shows the moment the stand, where around 400 spectators were seated, came down ahead of the opening match of the 47th national junior championship.

Two people were said to be in a critical condition and were rushed to Hyderabad, the capital of the state of Telangana, for intensive care.

About 5,000 people had packed into the stadium to watch the opening ceremony of the tournament in which 59 teams from across India are participating.

Following the collapse, Indian Police advised that was a “stampede like situation” as emergency services rushed to rescue those impacted, with some of them trapped under the scaffolding

Telangana State Energy Minister Jagadish Reddy who was to inaugurate the event, told the media “it was sheer providence that nobody died in the accident”.

The 47th Junior National Kabaddi Championship was organised by the National Kabaddi Federation in collaboration with the Telangana State Kabaddi Association, and arrangements were made by the local association.

Kabaddi is an ancient ballgame played throughout India and Bangladesh.