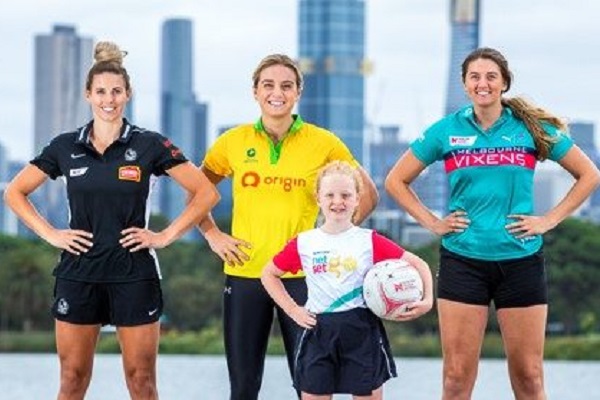 Netball Australia and the Super Netball League Commission have announced a five-year broadcast and digital rights partnership with the pay-TV company Foxtel, with Suncorp Super Netball set to feature on its channel from 2022.

The new agreement is set to enhance Suncorp Super Netball match production, with every game of every round to be broadcast live and ad-free on Foxtel, as well as Foxtel’s sports streaming app, Kayo Sports.

As part of the deal, Kayo will broadcast two Super Netball games each week live and free as part of its recently announced Kayo Freebies, as well as every match of the Suncorp Super Netball Finals Series and all Origin Australian Diamonds matches.

Advising that the new deal will allow the financial security for the league to pay elite player salaries for the first time, in an effort to allow member organisations and clubs the opportunity to support and promote grassroots netball with more investment, Netball Australia interim Chief Executive, Ron Steiner stated “this is a landmark deal for the sport and provides the foundation for Suncorp Super Netball to grow and enhance its status as the best elite netball competition in the world.

“It also provides financial security that will enable netball’s member organisations to nurture what is Australia’s number one female team participation sport.

“Netball’s mission is to empower women and girls and connect communities, and the wide-ranging impact of this deal will drive those outcomes.”

“We are delighted to be partnering with such a strong and well-regarded organisation and look forward to bringing our fierce and exciting sport to the Foxtel Group’s audience including Kayo’s rapidly growing customer base.

“There are many winners in this deal, and that includes the world’s best netball players who will enjoy contract security and some of the best conditions of any female athletes anywhere,” she said.

Foxtel Chief Content and Commercial Officer, Amanda Laing, went on to say “we are incredibly pleased to be joining Netball Australia to play our part in consolidating Suncorp Super Netball as the world’s number one elite netball competition.

“By bringing the free and paid broadcast and digital rights together, we can establish a more consistent competition schedule which will strengthen audience engagement.

“We have a reputation for innovation and will use our production expertise and marketing capability across Foxtel and Kayo to support netball’s continued growth.

“Suncorp Super Netball players are extraordinary athletes and striking ambassadors for their sport.

“We will work with the players, clubs, sponsors and the whole netball community to raise their profile and deliver the recognition and rewards which they deserve.

“As the most established elite women’s sport in Australia, netball joins an exciting and diverse range of women’s and men’s sports who have chosen to partner with Foxtel and Kayo,” Laing said.

As part of the deal, Fox Sports will undertake the production of all Super Netball matches and will work to produce new netball magazine shows, which will feature across Kayo Freebies.

The 2021 Suncorp Super Netball season, which is due to start on 1st May, will be broadcast across Nine, Telstra TV, and the Netball Live Official app before making the move over to Foxtel and Kayo from the 2022 season onwards.