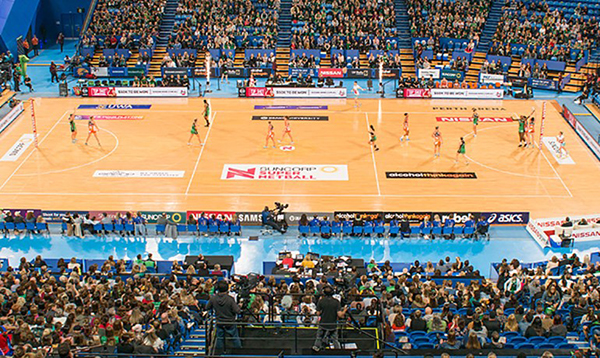 The central Perth venue, RAC Arena, has announced that it will be welcoming back fans for an exhibition netball game on the 15th July between West Coast Fever and WA All Stars.

With support from the State Government and VenuesWest, the pre-season game will provide much needed game experience for the West Coast Fever team, which last played 11 months ago.

Due to the State Government’s easing of restrictions and moving to Phase 4 of the COVID Roadmap, crowds of up to 7,150 will be permitted into the arena. This is the first event to take place at RAC Arena and the first national sport to host a game in Perth, since lockdowns commenced.

The WA public can be confident that RAC Arena, together with their parent company ASM Global, have introduced additional initiatives to ensure the health and safety of visitors, players and staff. With the implementation of the industry-leading program, VenueShield, RAC Arena has integrated best practice in hygienic safeguards so fans can be welcomed back with peace of mind.

West Coast Fever Chief Executive, Simon Taylor said the exhibition game is as much for the fans as it is the players noting “we haven’t seen Fever in action for almost 12 months, the players are raring to go and we encourage all of our fans to come along and support the players.”

WA Minister for Sport and Recreation Mick Murray advised “both the State Government and VenuesWest are excited to see netball back at RAC Arena as we return to a more normal way of life.

“The reason we can do this is because of the hard work of all Western Australians during COVID-19 and what I am also happy about is the fact community and grassroots can start returning to playing.

“Netball plays such a big role in keeping people connected with their community and fit and healthy.”

The game provides an opportunity for fans to see Fever implementing the new scoring rule – two-goal ‘Super Shot’ to be implemented in the last five minutes of each quarter.

West Coast Fever Head Coach Stacey Marinkovich says there is a lot to look forward to this season and adds “our training has been very different this year, but the players have adapted well. Being given access to have a final hit-out at RAC Arena before the season starts means we can fine tune our game plan ahead of the Suncorp Super Netball season.

“I, along with all the players are just excited to be bringing netball to the fans, it’s been a long year and we are just ready to tackle the season.”

The game will start at 5.30pm on Wednesday 15th July, with doors opening from 4.30pm. Tickets start from $10 and can be purchased via Ticketek.