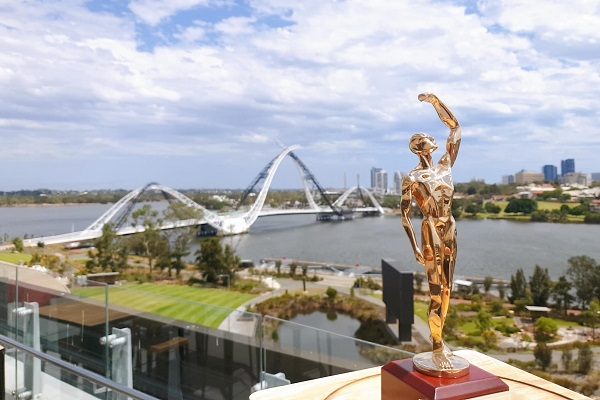 Before an audience of more that 500 people at Optus Stadium yesterday evening, golfing sensation Hannah Green and Fremantle Dockers captain Nathan Fyfe were announced joint winners of the 2019 West Australian - RAC Sports Star Award, one of the state's most sought-after sporting trophies.

It is the first time since 2005 that the award, first presented in 1956, has been shared, when judges couldn’t split Brownlow medallist Ben Cousins and white-water canoe star Robin Bell.

It was the second award for Fyfe after he claimed the title in 2015, following his first Brownlow Medal victory, while Green grabbed her share of the top award with an epic victory in the KPMG Women’s PGA Championship.

Green, who won last year’s Greg Norman Medal, joined exalted company in Karrie Webb and Jan Stephenson as the only Australians to have won a major on the tough LPGA Tour. 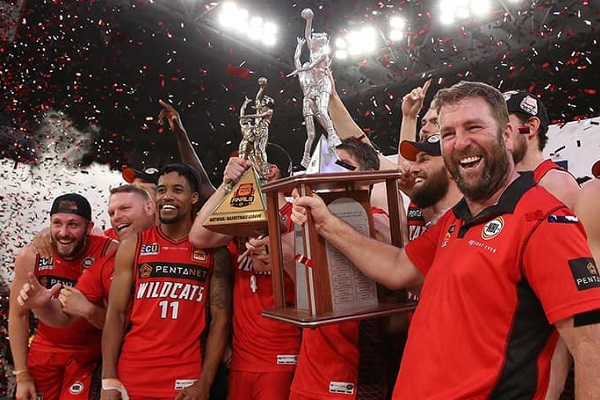 In other presentations at the RAC SportWest Awards, rower Hamish Henriques was crowned the Hyundai Junior Sport Star winner after he teamed with Victorian Harrison Fox to triumph in the under-19 double scull at the World Rowing Junior Championships.

Australian cricket coach Justin Langer beat stiff opposition in Ritchie Smith - Green’s coach - and Trevor Gleeson to be named the KPMG Coach of the Year after the Aussies brought home the Ashes from England for the first time since 2001 while the Perth Wildcats were named team of the year. 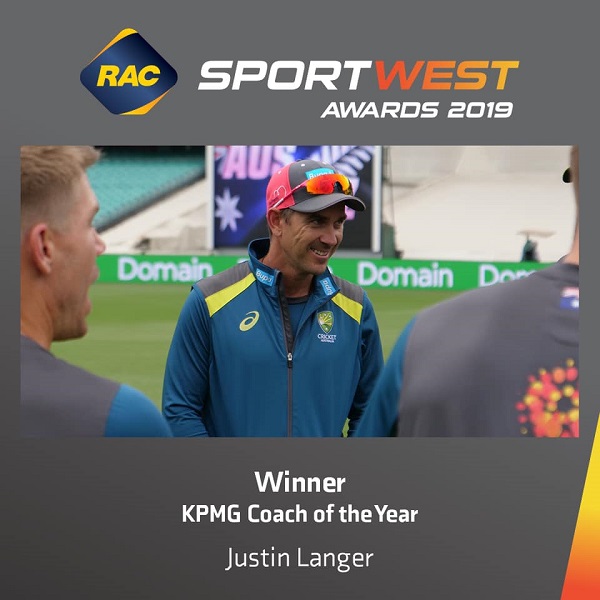 Images: The RAC SportWest Awards (top), the Perth Wildcats - Channel 7 Perth Team of the Year (middle) and Justin Langer - KPMG Coach of the Year (below). Images courtesy of SportWest.

4th June 2019 - The Football Centre a new initiative for Perth