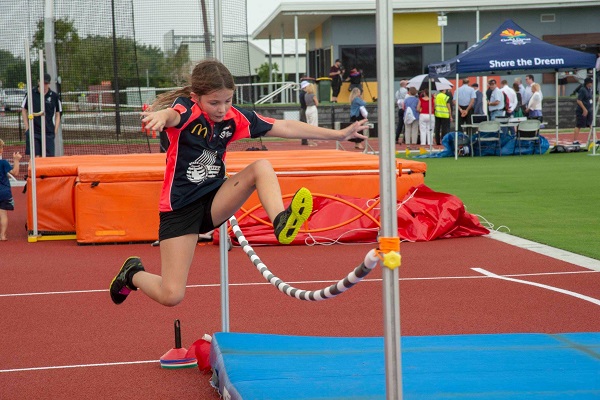 Australian State Sports Federations and their ACT counterpart have recently agreed and adopted a constitution for Community Sport Australia Ltd, a company formed to nationally represent the Federations, to advocate and gain support for community sport and to recommend ways for improving the sustainability of community sport.

Community Sport Australia (CSA) Ltd Secretary and QSport Chief Executive Peter Cummiskey recently explained that the arrival of CSA is in response to a range of factors, some of which continue to be rate limiting on the growth of sport, and the need to maintain and enhance the vital broad base on which the Australian sporting system is built.

Sharing his views on the topic 'Community Sport - an agenda' in QSport's 'Sportwatch' newsletter, Cummiskey wrote "one of the 'facts of life' about sport in this sports conscious country is that the majority of the media attention in terms of reach afforded sport is for the elite, national/ international dimensions of sports – and a relative few at that on a regular basis.

"So when something serious is/is possibly/goes wrong with a significant slice of that aspect of sport, the media not surprisingly is not far away, if not on top of the story.

to what will be a bigger than big story, perceived and/or real, and you have the perfect storm and the events of not so long ago which produced headlines like 'Australian sport in crisis' and 'Australian sport's blackest day'.

"While many get their kicks out of watching the elite dimensions of sports, more arguably don't require that necessarily to involve themselves and their families and friends in community level sport.

"It comes as no surprise that such a not for profit sector doesn't communicate well enough for its own liking.

Sports Federations know that, for it's one of the reasons for CSA's formation as a formal, incorporated entity.

"State/ Territory Federations are all reliant to varying degrees on their Governments for resourcing and don't see their constituent State/ Territory sports organisations being able to alter the balance between government and non government support substantially anytime soon.

"At the Federal level, government support is still very much aimed at the elite, with international success very much on the checklist for ongoing support and not much, relatively speaking, available to support the delivery of sport at State and local level, a task left largely to State and local governments.

"The rapid advances in technology and the impact they have and will continue to have on sport at elite level is an eye opener, including further divide elite sports into 'haves' and 'have nots'.

"The implications of that for the linkage between elite and participation levels are significant and one can only wonder at how many sports will handle the next decade if the last ten years and certainly the recent few are any guide.

"As all levels of government struggle with external nd some internally induced constraints on revenue and increasing demands for expenditure on the generally accepted essentials, the 'must do's' of health and education, it does not augur well for politically classified 'should' and 'could do's' like support for the largely ill health preventing sport and active recreation, the positive social inclusion that sport brings to communities, the positive character building traits that participation level as opposed to spectator connected elite sport provide to Australians, particularly in their formative years.

"There's plenty of evidence to suggest that organisations with far greater resources than a collective of State/ Territory Sports Federations, branding themselves with a title that is reflective of those they're trying to enhance and not much else at present, struggle to communicate, to engage, to convert those with resources to better assist the general populace in community sport.

"The CSA agenda though is about a large slice of the general populace getting a significant, arguably essential aspect of community activity, the glue of local sport, better accepted by some politicians and their advisors in terms of support for a sustainable future. That means building the capacity of State sporting bodies and their constituent local clubs to keep delivering, to enhance the quality and quantity of participation they can offer to improve the health and wellbeing of local populations, young and old, male and female, able and disabled, indigenous and more recently arrived, and so on.

"It's fine to tell politicians and bureaucrats how valuable in economic terms sport is to a population.

"If they're under the pump for additional funding and can't easily deliver, than what's ahead?

"Well, what's ahead is dialogue about longer term capacity that's not only about dollars and cents and short term expediency.

"Sports Federations are important conduits in the government/ industry dialogue that over time can deliver better intelligence, better engagement for both if properly understood and supported.

"State sporting organisations are critical to that process, ensuring that the proper administration, conduct, development, promotion and recognition by constituent clubs is maintained. Without adequate support, the fabric of orderly, organised sport will disintegrate, slowly at first but ever so surely over time for not a great outcome."