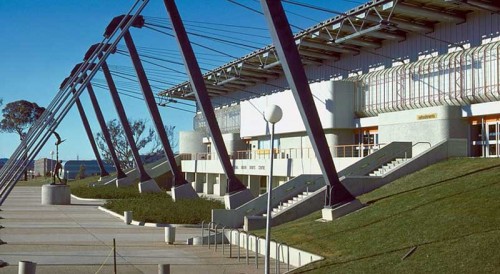 Reports today suggest that Sport Australia is not planning an immediate reopening of the AIS Arena in Canberra in a move likely to impact women's sport.

Closed since the Coronavirus lockdown in March, a statement from Sport Australia has advised that new bookings are not being taken for the venue due to "required infrastructure works" and that it is unlikely to re-open this year.

As a result, bookings at the ACT’s main multi-use indoor venue, including concerts and the Canberra Capitals Women’s National Basketball League games, have been cancelled.

As reported by 9News, Australian basketball coach Carrie Graf, the University of Canberra's Director of Sport, said she received an email on Monday about the cancellation of 2020 bookings.

Graf told 9News “we've been blindsided by this decision ..., for a long time people have known the future of the AIS Arena was a little unknown and uncertain, but we certainly didn't anticipate that it would be closed now."

The 39-year-old venue saw the UC Capitals take out the last two Women's National Basketball League Championships but the team is now without a large-scale venue for the 2020/21 WNBL season.

The venue arena is also part of a Super Netball deal, with the Giants expected to play a game there when the competition starts in August.

The closure of the AIS Arena has reignited speculation about the future of the entire Bruce site, including the 25,000 capacity GIO Stadium Canberra, with the Federal Government saying that the ACT would need to make a contribution to retain use of the facilities.

Commenting on the closure, Federal Minister for Sport, Richard Colbeck, told ABC radio that the COVID-19 disruption had provided an opportunity to undertake much-needed work at the venue.

The Federal Government has been previously been reported to be reviewing the future of the AIS campus, with suggestions that it would sell half the site, including the stadium, which the ACT Government leases, and the Arena, and redevelop the rest in the next few years. 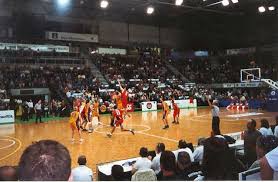 Senator Colbeck said that he wanted to restore the AIS to again be a leader in global sport but the shape of that vision was still being determined in a more devolved system than when the AIS was created in the 1980s, with separate state-based institutes now operating.

Senator Colbeck advised “the future of the AIS Arena is going to involve some contribution from the ACT Government.

“It is no longer central to the activities of the AIS. Our role is to provide the best possible facilities for athletes so they can perform at their best on a national and global stage, it’s not necessarily providing an entertainment venue.

“If the ACT sees a future or a desire to retain that facility as part of infrastructure for a range of events, that’s fine. The expectation is they would be prepared to make some contribution towards that.”

In relation to the GIO Stadium Canberra, Senator Colbeck added “I’m aware that there are conversations at ACT level about a new stadium or stadium development.

“It would be very useful from our perspective if the ACT Government would be prepared to put those things on the table so we could consider that as part of our development proposals.”

The ACT Government previously indicated its interest in developing a new 25,000-seat weather-proof venue in a more central location and has funded a feasibility study to determine the best location.