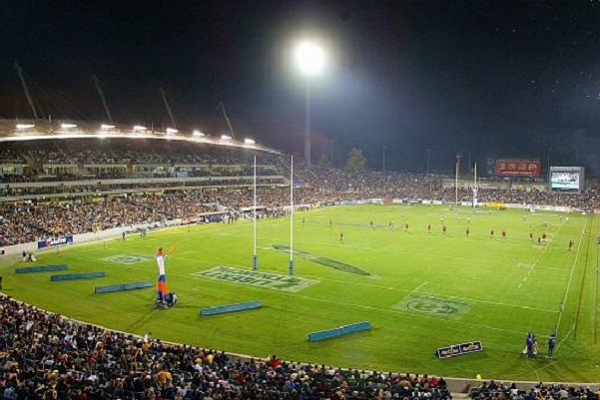 The ACT Government is set to spend $200,000 on a feasibility study to assess a potential location to build a new 25,000 seat stadium in Canberra.

The report will weigh up Civic and Exhibition Park as sites for the venue, which is projected to cost between $250 million and $500 million.

ACT Chief Minister Andrew Barr said investment in the study, set to be included in the ACT’s mid-year budget review this week, will provide the groundwork for the decade-long infrastructure project.

He advised "the city location has been previously identified as a preferred site for a new rectangular stadium.

“However, given the size restrictions of this site, the requirement to realign Parkes Way, as well as the investment in light rail, the government is exploring EPIC as a fallback option.

“The new work will focus on the existing Canberra Olympic Pool site but also consider EPIC to determine suitability for a new rectangular stadium.”

According to the ACT Government’s long term infrastructure plan, upgrades to the 35-year-old GIO Stadium over the next five years were also flagged at a cost of less than $50 million. 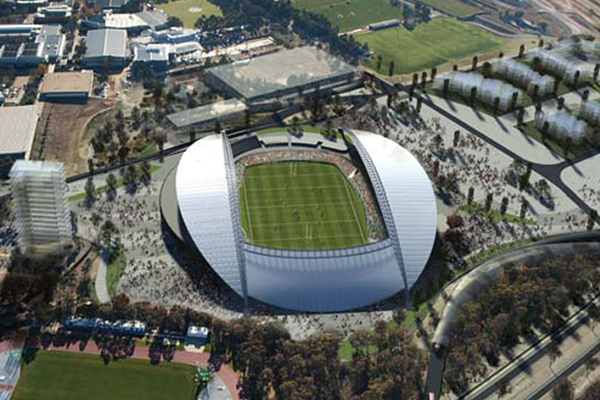 With the study to take into consideration the future needs of the capital, with Canberra’s population set to exceed 500,000 by the end of the decade, Chief Minister Barr noted "the Government has outlined an ambitious infrastructure agenda to ensure we can continue to provide world-class services and entertainment for a growing city.

“This infrastructure agenda will create more jobs and ensure Canberra remains one of the world’s most liveable cities.”

Anticipating that the report, which will consider sites against a range of key criteria, will be completed before the end of June, Chief Minister Barr added "the two identified sites will be assessed on key technical and planning characteristics including urban context, security, site fit, orientation, and traffic and transportation considerations.

“Work will include site analysis and investigation, procuring technical architectural and engineering advice, and engaging a quantity surveyor to assist in determining the estimated costs of constructing a stadium on each site.

“The outcomes of the work will allow the government to make a final decision on whether Civic is a viable option or the fallback options of the existing Bruce precinct or EPIC should be progressed.

“Once this is determined, the next stage of the project will involve detailed design, site analysis and community consultation.”

Canberra's major sporting teams, the NRL's Raiders and the Super League's Brumbies have been very vocal in their support for a new home, pointing to the positive impacts new stadiums have had on sporting teams and local businesses in other cities.

Images: Canberra's GIO Stadium (top, courtesy of Visit Canberra) and a 2017 concept from a partnership including KPMG, HOK and others, for a new stadium as part of a redevelopment of Manuka Oval (below, courtesy of the WT Partnership).