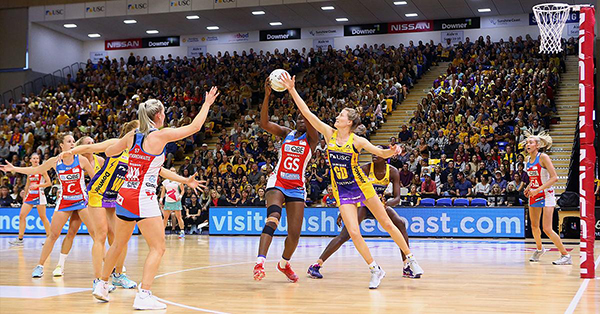 The 2020 Suncorp Super Netball season will restart on Saturday 1st August with the league committed to completing a full 60-match season.

While the fixture for the season is still being finalised, the confirmed season start date means teams have been given the green light to begin group training together, within the government guidelines in each state, from tomorrow Monday 1st June. Clubs have agreed to training guidelines to ensure competitive balance, as well as the health and safety of all athletes and staff.

Suncorp Super Netball Chief Executive, Chris Symington said the season start represents a significant step forward on the road to getting back on court.

Symington enthuses “we’re thrilled that a season start date has been locked away, now all our stakeholders have a date to work towards and fans can start to get excited for the start of the season. We are planning to play out a full home and away season, and we are confident that our start date gives us the best opportunity to achieve that.

“Our guiding principles throughout this process have never changed, those being the health and wellbeing of the community alongside the financial viability of our sport. There has been a collective commitment to those principles from the whole system including players, teams, partners and broadcasters and we will continue to take that approach as we look to get our season underway.

“I would like to thank our dedicated members and fans who have stuck by their teams and the sport through an incredibly challenging period. We look forward to showcasing our world class athletes once again from 1st August.”

From 1st June, players will continue to be paid in line with the current agreement of 12 hours per week, with full pre-season training currently earmarked for late June where athletes will return to their normal 23 hours of training a week.

Suncorp Super Netball will continue to provide updates as further detail in relation to the season format is confirmed.