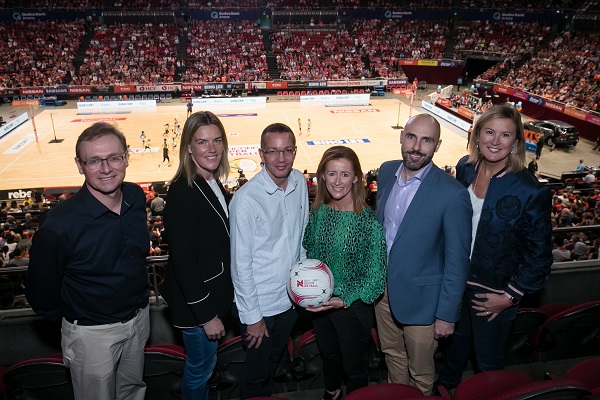 Netball Australia has announced the five individuals that will form the inaugural Suncorp Super Netball Commission, the governing body for the fast growing netball league.

With the 2019 season having started at the weekend, the Commission will be directly accountable for all aspects relating to the operational and strategic growth of the league, with the mandate to self-govern and lead its own operations, while still being wholly owned by Netball Australia.

A statement for Netball Australia advised “the Suncorp Super Netball commissioners have been selected based on a skill set that is relevant to the strategic imperatives of the league, with a focus on increasing the fan base and commercial growth.

With the change of the league’s governance structure, Netball Australia’s Executive General Manager of Events Chris Symington has been appointed the League’s inaugural Chief Executive.

Symington said he’s excited by the level of expertise within the Commission and looks forward working closely with the group to advance the world’s most elite netball competition, advising “to be successful in such a competitive sporting landscape you need great people who are totally committed to the cause – we are delighted to have found that with this outstanding group of individuals.

“It is also incredibly humbling from a personal perspective to be charged with leading the next phase of this evolution for the league.

“There is a great sense of excitement and optimism about the opportunities that lie ahead and the ability to build on the great work that has already been completed to date – Suncorp Super Netball is in good hands.”

A further two commissioners will be selected by the inaugural members in coming weeks and the Chair of the Commission will be appointed at the first official Commission meeting which will take place in May.

Commenting on his new role O’Sullivan, stated “Suncorp Super Netball is the best netball league in the world.

"We’ve got the world’s greatest netballers right here in Australia competing at the highest level and it’s an honour to have been appointed to this commission to help guide the future direction of this great sport.”

Candidates interested in the two final positions on the Commission, can find out more information and apply by contacting Symington on infonet@netball.com.au.