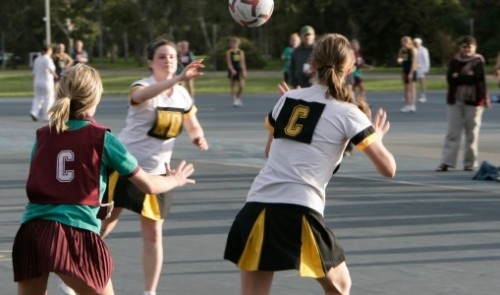 Netball Australia has announced its intent to join the National Redress Scheme, in an effort to ensure survivors of institutional child sexual abuse under Netball Australia’s jurisdiction are acknowledged, recognised, and supported.

The scheme was created following the Royal Commission into Institutional Responses to Child Sexual Abuse, which estimated that 60,000 people experienced institutional child sexual abuse in Australia.

With Netball Australia to become the largest national sporting organisation to signal its intent to join the National Redress Scheme, Netball Australia Chair, Paolina Hunt stated "the decision to register a letter of intent with the scheme is a clear statement regarding Netball Australia’s position on the issue of child sexual abuse."

“That abuse is abhorrent, and Netball Australia acknowledges the catastrophic impact abuse has on the lives of those abused, and their families and friends,” she said.

The Australian Olympic Committee (AOC), whose Chief Executive Matt Carroll last year questioned the cost of the Scheme, has also commenced the process of joining, by submitting required financial documents this week.

It reportedly in hopes its 45 member sports will sign up as well.

Federal Families and Social Services Minister, Anne Ruston, welcomed Netball Australia’s intent to join, while also warning all Australian institutions with a history of working with children that they have until 30th June to commit, with those who failed to “fulfil their moral obligation to join the scheme” facing financial sanctions and public shame as of 1st July.

Minister Ruston stated "this demonstrates a strong commitment from one of the country’s largest national sporting organisations to child safety.

“It is important that all organisations with a history of working with children join the scheme.

“As the deadline looms, the time for institutions to act is now,” she said, urging all sporting organisations to “follow Netball Australia’s lead in providing a formal commitment.”

The National Redress Scheme, which started on 1st July 2018, is set to run for 10 years, providing survivors with access to counselling, a redress payment, and/or a direct personal response from the institution for survivors who want it.

“Netball Australia will invest the necessary resources to ensure effective consideration of involvement in the scheme and this matter will remain a priority for Netball Australia."

Currently, there are 33 applications for redress against 30 sporting organisations that are yet to join the scheme and have until 31st December to complete the process of joining.

Since the program begun, 7133 people have applied for redress through the scheme, with 2501 applications having been approved, resulting in more than $200 million in payments