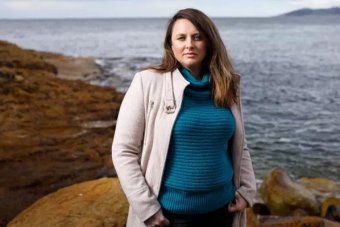 The high-profile case of a woman sacked by Cricket Australia after she used social media to criticise the Tasmanian Government over a lack of abortion services is likely to be resolved through the courts.

Cricket Australia today advised that Angela Williamson had rejected its offer to be re-employed in a new position.

Her lawyer, Kamal Farouque of Maurice Blackburn confirmed the rejection, advising in a statement this was because “it isn't the same position as the position she was dismissed from.

Farouque said Williamson would take her fight to the Federal Court after a conciliation hearing, held today at the Fair Work Commission, failed.

Farouque advised “Angela Williamson spoke out about women’s access to abortion in Tasmania, and she lost her job. That should never have happened.

“We will now continue the case in the Federal Court to determine that she should not have lost her job for expressing a political opinion.”

Williamson, who is demanding her job back as a government relations officer at Cricket Tasmania, was dismissed from the role in June over a series of tweets that were critical of the state government’s position on abortion services.

In a statement, Williamson advised “I spoke my mind on a political issue because I believe strongly in the reproductive health rights of Tasmanian women.

“I am disappointed the case didn’t resolve today, but I am prepared to continue my fight in the federal court.”

Cricket Australia Chief Executive James Sutherland, said Williamson had been offered another job as communications manager, advising “Ms Williamson won’t be returning to CA, as the organisation is standing by its decision in late June to dismiss Ms Williamson after she published disparaging comments in social media, rendering her Tasmanian Government relations manager role untenable.”

Williamson’s case has also sparked controversy in Tasmania politics, after she claimed the Tasmanian Health Minister, Michael Ferguson, had revealed to Cricket Australia that she had once had a termination.