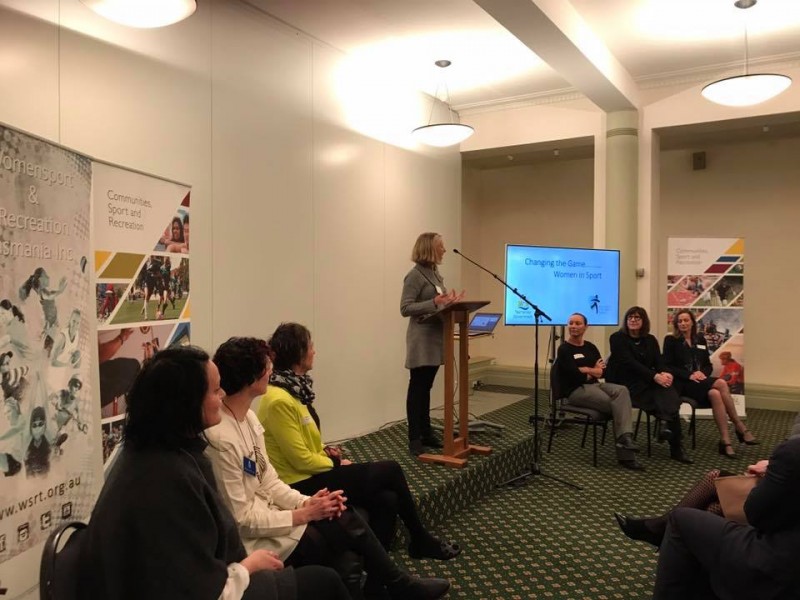 The figures were revealed by Tasmanian Premier Will Hodgman as the Government this week co-hosted a panel, with Womensport and Recreation Tasmania, of leading women in sport who talked about their experiences and ways to promote and increase the profile and pathways for women.

Premier Hodgman explained that the Tasmanian “Government is committed to increasing women’s participation and leadership in sport.”

In addition to the leadership figures, Premier Hodgman added “it’s also great to see the increase in physical activity participation by females, with recent statistics showing that female participation in regular activity is higher than that of Tasmanian males - 60% compared with 56% of males.

“(We have) a strong track record of investing in women’s sport including our partnership with the AFL, and in particular North Melbourne, which has seen the number of female teams in Tasmania grow from seven to 62 in the past two years, and our $250,000 commitment in the 2017/18 State Budget to upgrade Rugby Park to improve women’s infrastructure and performance lighting.

“Together with Womensport and Recreation Tasmania, we are also keen to promote the achievements and pathways for women as leaders in sport; as coaches, officials, participants and administrators.”