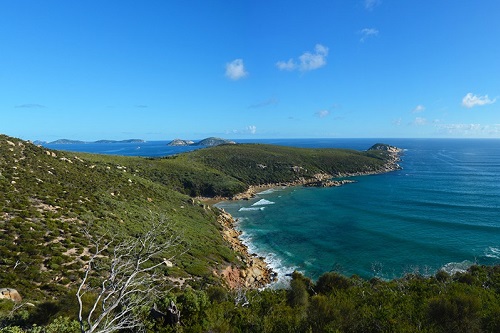 A 10-kilometre long fence to keep out deer, foxes and cats will be built across the Yanakie isthmus on Victoria’s Wilsons Promontory to create a 50,000-hectare native wildlife sanctuary.

Announced by the Victorian Government as part of its Budget measures, the $23 million investment aims to protect Wilsons Promontory and its unique biodiversity with the creation of an internationally significant biodiversity sanctuary.

Aiming to encourage visitation to the coastal wilderness, the funding will also back the construction of a new visitor centre.

The fence, budgeted to cost $6 million, will be designed to protect vulnerable species including ground parrots, the southern brown bandicoot and long-nosed potoroo in the national park, south-east of Melbourne.

Advising that the funding would help reshape the national park into a unique sanctuary,

Parks Victoria Chief Conservation Scientist Mark Norman advised “the development of this predator and deer-proof fence across the narrow entrance to the park allows us to really create a wildlife haven at a huge scale. We’ll stop the wave of feral pets and really protect the special wildlife living there.”

The fence will be built deep into the ground and almost 2 metres tall to prevent animals finding a way around, underneath or over it.

Advising that the construction that would allow conservationists to maintain the park’s populations of native animals, Norman added “the significance of the fence is huge, it’s like creating an island ark where all the native animals and their habitats are protected. It means all the work we do won’t be constantly going backwards with the stream of pests coming in.

“It’ll also make an amazing experience for people to connect with nature. It would be like entering a modern Jurassic Park, or a native haven, where the animals bounce back and get the support they need.”

The new visitor precinct will include an information centre and tourism hub, environmentally sustainable accommodation and a new park and ride service during peak season to reduce congestion and allow more people to visit mainland Australia’s wild southern tip.

Gippsland will also share in $6 million to continue the Wild Dog control program, which will also benefit North East Victoria.

To help drive even more visitors to Eastern Victoria, $6.7 million will upgrade visitor facilities at the Mallacoota Inlet and Point Hicks Lighthouse in East Gippsland.  These upgrades will allow for the development of an iconic new Coastal Wilderness walk through Croajingolong National Park.

Parks Victoria will use $3.5 million to build accommodation at Cape Conran Coastal Park. The distinctive eco-pods made from sustainable materials will attract more visitors to the beautiful beach on the Melbourne to Sydney coastal route.

To support East Gippsland and the North East’s recovery from last summer’s bushfires, a further $29 million will be spent continuing the critical work of the Bushfire Biodiversity Response and Recovery program.

Commenting on the development, Victorian Minister for Energy, Environment and Climate Change, Lily D’Ambrosio stated “this funding will protect The Prom’s spectacular and unique coastal wilderness and help more people enjoy it.”

“Gippsland’s unique natural environment attracts visitors, creates jobs and supports communities – so it’s vital we preserve it and improve it, which is what this investment will do.”

Welcoming the funding, Matt Ruchel, Executive Director at Victorian National Parks Association, said it would turn Wilsons Promontory into something like an island protecting the wildlife therein.

Stating that it wasn’t just the fence that would improve the park, Ruchel told Guardian Australia “the fence is the iconic bit, but it’s the management following it that’s really important. There needs to be an integrated plan, and you’d hope down the track, you’d be in a position to reintroduce some of those species in a safe space where they can flourish.

“It’ll only work if there is intensive management of those pets in the reserve itself. What it does is then open the door to re-wilding animals and readjusting the ecology.”