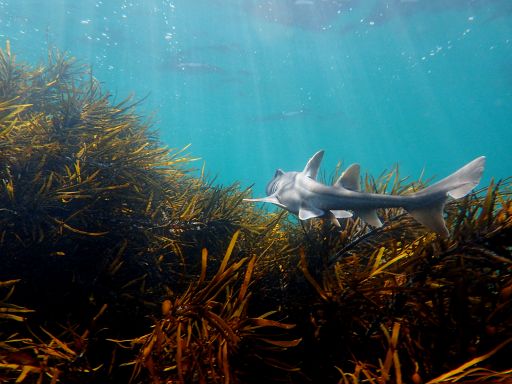 Victoria’s commitment to conservation has been internationally recognised with the Wilsons Promontory Marine National Park receiving a Global Ocean Refuge Platinum Award at the recent 2018 Our Ocean Conference in Bali.

Announced by US-based Marine Conservation Institute, the award honours the Park’s exceptional protection of marine life and recognises the commitment of the Victorian Government, Parks Victoria staff, including marine rangers in South Gippsland and program managers, over 30 research partner organisations and countless volunteers.

Their collaborative efforts since 1998 have meant that the marine national park now meets the highest science-based standards for biodiversity protection and best practices for management and enforcement, making an outstanding contribution to saving marine life for future generations.

Key components to achieve the award include in-water monitoring, marine pest programs, volunteer surveys and a collaborative Conservation Action Plan. For deeper parts of the park, the latest technologies in seafloor monitoring using remote cameras and vehicles helped to document and map the park. 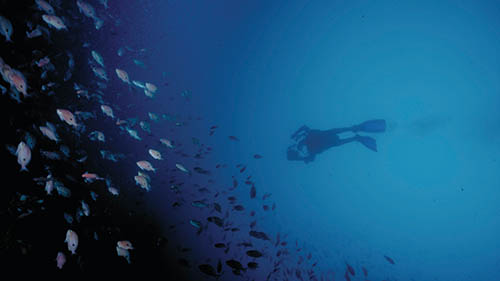 Wilsons Promontory Marine National Park is the first in Australia and one of only six in the world to receive the platinum award. It is one of the best examples of marine biodiversity protection in Australia, today joining a prestigious group of ten marine protected areas (MPAs) that comprise the Global Ocean Refuge System.

At 15,550 hectares, the Wilsons Promontory Marine National Park is the largest in Victoria, located at the southernmost tip of the Australian mainland, surrounding the iconic Wilsons Promontory National Park where nature and wildlife is fully protected - from the top of the mountains to the bottom of the sea. It protects extensive kelp forests on shallow reefs with colourful marine life, coral-encrusted underwater caves, one of the largest Australian fur seal breeding colonies, large populations of seabirds and the endangered Great White Shark, and is a safe place for Southern Right Whales and Humpback Whales to migrate through.

Today’s announcements recognise six other marine reserves around the world that share many of the same characteristics of Wilsons Promontory Marine National Park. These awards bring the total number of Global Ocean Refuge award winners to ten. The award celebrates excellence in marine conservation just as the Oscars™ do for movies or Olympic medals do for sports. Find out more at the Global Ocean Refuge System website.

Welcoming the Award, Parks Victorian Chief Conservation Scientist, Dr Mark Norman stated “receiving the Global Ocean Refuge Platinum Award is fantastic news and recognises the critical work of our highly skilled and dedicated staff at Parks Victoria along with our partners in management, research, and community involvement. Collectively they do a great job in protecting, promoting and managing this very special part of the world.”

Sarah Hameed, Director and Senior Scientist of Marine Conservation Institute, added “we are extremely proud of our 10 Global Ocean Refuges and their management teams. In 2018, we are adding seven new blue parks to the Global Ocean Refuge System, covering an additional 3,243.6 square kilometres of ocean.

“Each one has a strong management team, a clear plan to conserve biodiversity, and effective monitoring and enforcement efforts in place. Each Global Ocean Refuge supports healthy oceans, contributes to its local economy, and brings us closer to the global goal of protecting 30% of the ocean by 2030.”