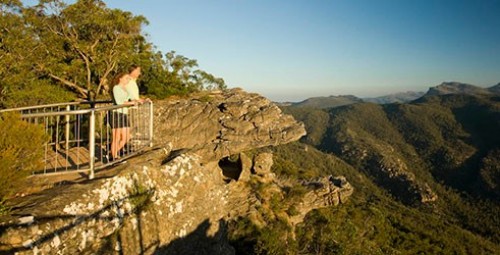 New legislation governing the management of Parks Victoria re-creates the organisation as an independent statutory authority while strengthening its role in protecting, conserving and enhance Victoria’s parks and waterways.

A pivotal change is that Parks Victoria will now have a broad range of direct powers. Previously, the majority of the powers needed to manage Parks Victoria land were held by Victorian Department of Environment, Land, Water and Planning (DELWP).

Parks Victoria will continue to report to the Victorian Minister for Energy, Environment and Climate Change and a key delivery component of the new Act will be the preparation of a statewide long-term land management strategy, in consultation with the community and Traditional Owners.

The new Act will help Parks Victoria better protect, conserve and enhance Victoria’s parks and reserves on behalf of all Victorians.

• Takes direct responsibility for most of its powers under land management legislation;
• Has clear functions and objects to support the environment and community;
• Must abide by a Statement of Obligations established by the Minister; and
• Must create a Land Management Strategy by late 2020, setting out the long-term strategies and priorities for Parks Victoria land.

The benefits for Parks Victoria are described as making “it clear that Parks Victoria has the primary responsibility for the protection, conservation and enhancement of Parks Victoria managed land, including its natural and cultural values, for the benefit of the environment and current and future generations.”

The granting of land management powers to Parks Victoria directly increases our accountability for managing public land for the people of Victoria and makes that role clear to the community.

Parks Victoria add “although our legal framework is changing, most of our day-to-day operations will be unaffected and we will continue to work in collaboration with our key stakeholders including our Friends and Volunteer Groups, the Department of Environment, Land, Water and Planning and other land management authorities and agencies.”