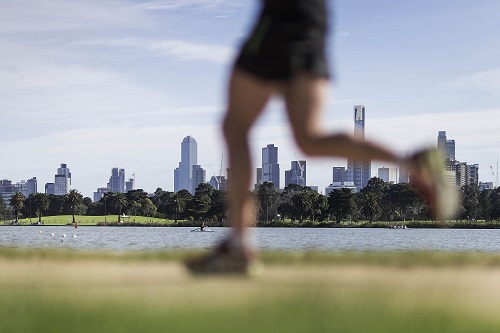 Parks Victoria has today announced it will be creating Australia’s first ‘Health Rangers’ in parks to encourage visitors to improve their physical and mental health by spending time outdoors.

These will include green prescriptions, walking, cycling, bushcraft and outdoor skills, water-based activities and programs that promote positive mental health.

An initial trial over 2018/19 will see at least three Health Rangers located in urban parks in Melbourne including Albert Park and Lysterfield Park.

The Nature is Good Medicine Summit has brought together 100 senior decision makers from across the Victorian government, not-for-profit, medical, academic and corporate sectors to explore new opportunities to unlock the power of nature-based health solutions to address many of the State’s biggest health challenges.

A rapidly increasing body of research has shown that nature-based programs can be an important contributor to improving the growing social and economic burden of obesity, mental health, cardiovascular disease, Type 2 diabetes, back pain and musculoskeletal conditions.

Parks Victoria’s network of national, state and urban parks and waterways provide nature-based settings that suitable for all ages from children to seniors and the implementation of Health Rangers will help bring the health benefits of these places to life.

Commenting on the trial, Talbot advised “there is an ever-increasing demand for nature-based health programs and wellness services and having Health Rangers within parks makes great sense.

“If feedback on the Health Rangers is positive, we can expect rapid expansion of the concept. We are asking health professionals and allied health bodies for their input at the Health Summit and during the initial pilot program.

“We will be looking for people with an interest and skills in nature-based health and wellness programs to apply for these roles.”