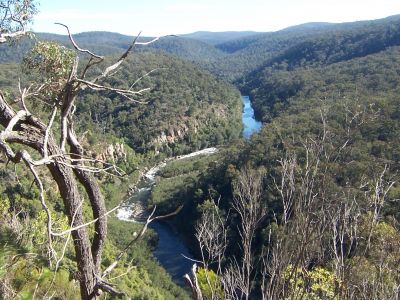 The Victorian Government has launched an initiative to give traditional owners joint management rights to parks and reserves in the east of the state.

The first plan of its type in Victoria will see the Gunaikurnai Traditional Owner Land Management Board (GKTOLMB) and Gunaikurnai Land and Waters Aboriginal Corporation (GLAWAC) work with the Victorian Department of Environment, Land, Water and Planning (DELWP) to care for 10 parks and reserves.

Announcing the plan, Victorian Environment Minister Lily D'Ambrosio said land management without Indigenous involvement had not worked, commenting “unless you acknowledge the errors of the past, the injustices of the past, you can't move forward.”

The announcement was celebrated earlier this month by hundreds of people at the Knob Reserve in Stratford, which was also the scene of the native title handover in 2010.

About 70 dancers from Indigenous groups across Gippsland gathered to welcome people with a smoking ceremony.

Minister D'Ambrosio added “this is a significant demonstration of our government's commitment to restoring justice for traditional owners.

"This joint management plan sets the framework for a genuine partnership where traditional owners can have cultural practise but also the direct roles and responsibilities for managing 10 parks and reserves in this really special park of Victoria."

GLAWAC Supervising Ranger Grattan Mullett Jnr looked forward to his organisation taking on more responsibility, commenting “we've stepped up higher, so we are going to be leading different projects … for example fire (management), we'll be doing burns in the parks.”

Mullet Jnr hoped it would encourage more people to get involved and strengthen their relationship with country, adding “working out in the field and in our parks is one of the best things you could possibly do, you realise where our ancestors walked and what they did for us thousands of years ago.”

Mullett Jnr said his group was already working well with organisations like Parks Victoria, with Minister D'Ambrosio concluding "working alongside the Gunaikurnai people and learning from their cultural knowledge and connection to the land is vital for delivering the best outcomes for these parks and reserves.

"There's been a lot of really strong dedication and collaboration to really understand what it is for us to have traditional owners connected back with country."