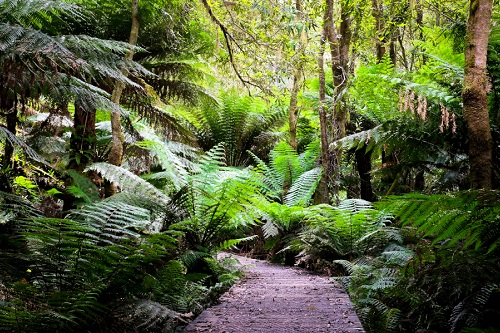 The Victorian Government has announced $2.5 million to improve visitor facilities at three popular sites within the Great Otway National Park.

Victorian Minister for Environment Lily D’Ambrosio announced that Maits Rest, Melba Gully and the Cape Otway Lightstation will benefit from upgrades that will be delivered by Parks Victoria in 2019.

The investment comes as regional Victoria continues to experience an increase in nature-based tourism.

Maits Rest, a rainforest area that receives 150,000 visitors each year, will have its popular 800-metre boardwalk upgraded with a contemporary design that will conserve its unique environment.

There will also be improvements to the site’s walking tracks, pedestrian bridges, viewing platforms, carpark and visitor interpretation signage.

Melba Gully, known as the Jewel of the Otways, will undergo general improvement works and be a key destination for visitors during the works at Maits Rest.

Stretching from Anglesea to Princetown and up through the Otways hinterland, the 100,000-hectare Great Otway National Park is one of Victoria’s largest and most important environmental and tourism locations.