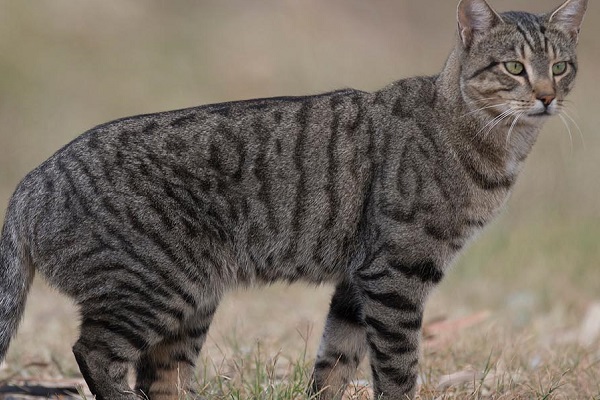 One of the longest running conservation programs in Victoria's Grampians National Park is marking its 25th year with an expansion into protecting wildlife from feral cats.

Established in 1996, the Grampians Ark program is one of a family of ‘Arks’ in operation across Victoria that use baiting programs to control populations of foxes.

Foxes are highly efficient hunters that can kill a large number and variety of mammals, birds and reptiles, as well as preying on livestock on neighbouring properties. Large-scale baiting has proven an effective control method for foxes.

The Grampians Ark program has assisted in re-establishing a population of critically endangered brush-tailed rock wallabies.

This year, Parks Victoria has set about expanding the Grampians Ark program to include feral cats, which are being detected more frequently on the park’s surveillance and monitoring cameras in many remote areas of the park.

Feral cats are a declared pest animal that exist over much of Australia and have colonised many habitats. They are skilled hunters and a threat to the survival of many native species including small mammals, birds and reptiles.

During the second half of the year, Parks Victoria has been baiting areas that are known to be frequented by feral cats, with results monitored through a partnership with Deakin University.

To recognise the 25th year of the Grampians Ark, Parks Victoria has produced a video of this important conservation program. (Credit: Remember The Wild)

The Grampians Ark is one of a number of conservation programs being delivered in the Grampians National Park this year. Other activities include aerial and on-ground operations to control populations of deer and feral goats; control of the invasive Sallow Wattle; and ecological burns designed to create a diversity of habitats for wildlife while contributing to management of bushfires and fuel loads.

Commenting on the quarter century of the program, Phil Pegler, Parks Victoria's Manager - Conservation Planning and Programs, stated "Victoria has a remarkable biodiversity and the Grampians is a special example; home to rare and threatened animals and one third of the state’s flora, including some 800 indigenous plant species.

“As the biodiversity in this area is constantly under threat from introduced animals like foxes, feral cats, deer and feral goats, programs like the Grampians Ark are critical.”

Mike Stevens, Parks Victoria's Team Leader - Environment and Heritage, added "our team and partners have demonstrated a long-standing commitment to protecting the native small mammals, birds and reptiles of the Grampians.”

“Data provided by Deakin University and a new citizen science bird monitoring program will help us understand how the wildlife responds to protections from both foxes and feral cats.”