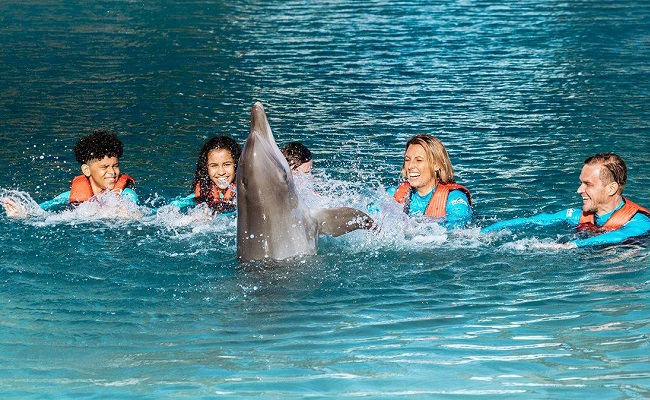 Sea World on the Gold Coast has hit back at TripAdvisor's decision to include it in a ticket sale ban for attractions that feature whales, dolphins or porpoises

The internet travel giant last week announced a ban on any theme parks and tourist attractions that breed or import whales, dolphins and porpoises for public viewing.

TripAdvisor has advised that it will review experiences for sale on its platform and remove any commercial facilities that breed or import whales, dolphins and porpoises by the end of the year, according to a statement.

The new policy, which groups Sea World - widely famed for its marine conservation work - alongside more exploitative international attractions, comes after TripAdvisor stopped ticket sales for elephant rides, selfies with tigers and other tourist entertainment deemed cruel to animals in 2016.

The policy, which will not apply to marine sanctuaries that care for cetaceans already in captivity, came, TripAdvisor stated "after careful consideration of the scientific evidence and arguments presented from all sides.

"Ultimately, we concluded that whales and dolphins do not thrive in captivity - the evidence is both plentiful and compelling.

"These are highly intelligent animals with complex needs, and their natural environment and wide-ranging roaming habits in the wild cannot be mimicked in inland facilities and small sea pens." 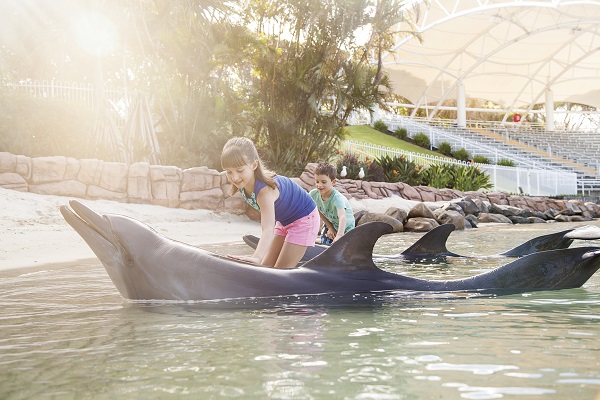 As reported by AAP, Sea World has hit back at the announcement, saying the health and wellbeing of animals were its top priority and it has a strong reputation for caring for marine animals.

Sea World urged the travel website to research the science and conservation-based evidence which supports zoos and aquariums and to reach out if they have any questions.

In a statement reported by AAP, it advised "Sea World is proud of our global leadership in animal rescue, education, research and conservation, and our world-class facilities.”

Advising that it is an accredited zoological institution under the Zoo and Aquarium Association and also regulated by multiple state and Federal Government agencies, it added “we have a long history of working with marine animals, with over 40 years of experience in animal care, research and rescue."

Brisbane newspaper The Courier-Mail reported Queensland Tourism Minister Kate Jones as calling on TripAdvisor to "show some common sense" and overturn the ban.

In August, Qantas advised that it will no longer promote attractions that keep captive cetaceans, assuring guests that it has a "responsibility as Australia’s largest airline".

Qantas did not reveal if this applies to Sea World but as of 7th October does not appear to list the attraction on its website.

Image: Dolphin experience at Sea World (top) and the Dolphin Cove arena (below).