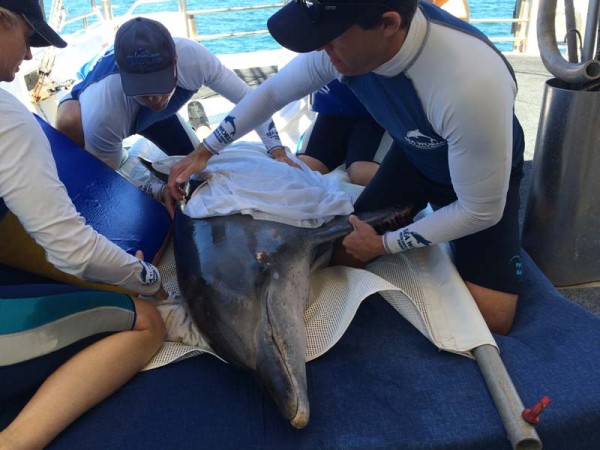 The Sea World Rescue team have released a pregnant inshore bottlenose dolphin after she was found hooked on a drumline off the Gold Coast’s Main Beach over the last weekend in November.

Sea World was alerted to the dolphin by Shark Control Program contractors early on the morning of Saturday 26th November and quickly put a team together to rescue the dolphin and bring her back to the vet centre at Sea World where they could surgically remove the hook before placing her on an antibiotics and a rehabilitation regime.

Sea World Director of Marine Sciences, Trevor Long said the release is a positive result and outcomes such as this are a credit to the outstanding work Sea World does in rescuing and rehabilitating marine life.

Long explained “we believe this dolphin is part of a local pod that has learnt to steal food from the baited drumlins. However, on this occasion she has managed to hook herself in the mouth.

“Throughout the rescue operation, the welfare and wellbeing of the dolphin was the team’s highest priority and our specialised veterinary and animal care teams were able to surgically remove the hook from the dolphin’s mouth.

“After the surgery, she was placed in our veterinary quarantine pool where she could re-build her strength and has since started eating which is a positive sign for both her and the unborn calf.

“Following a final health assessment from our team this morning, we released her back to the Main Beach area in the hopes she will rejoin her pod before giving birth to her calf.” 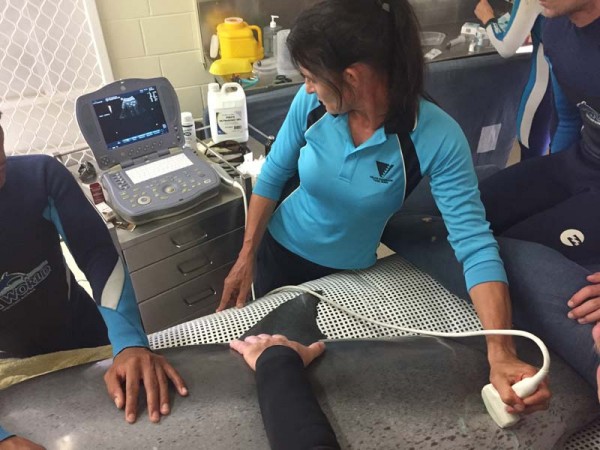 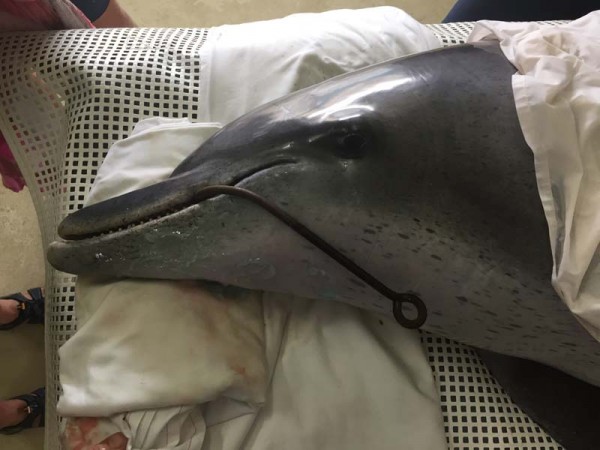 Sea World has a long history of working with and rescuing marine animals with the highly trained marine sciences team on call 24 hours every day, 365 days per year should a marine animal need rescuing.

For more information about the work Sea World does for the marine environment and the not-for-profit Sea World Research & Rescue Foundation please visit seaworld.com.au/research-and-rescue.aspx

Images show the inshore bottlenose dolphin during her rescue by the Sea World Rescue team.