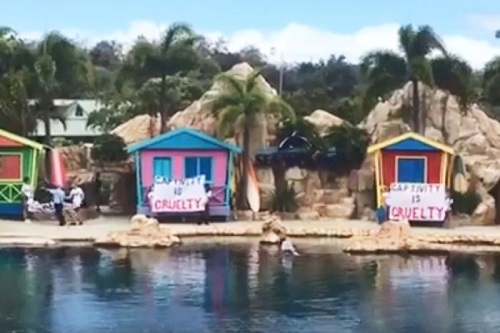 3rd June 2015 - Creatures of the deep surface at Sea World