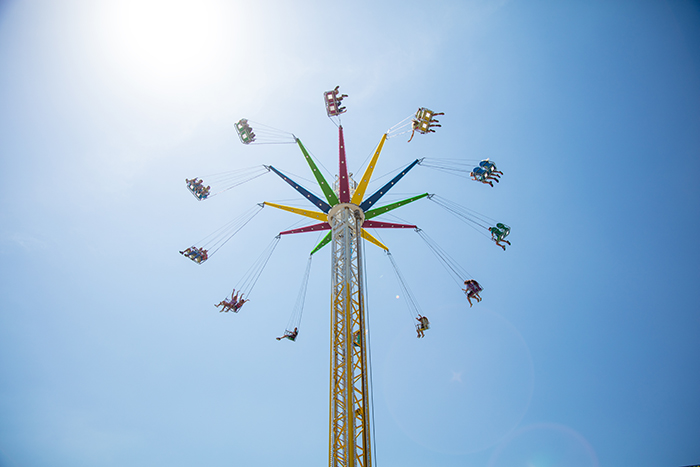 Sea World’s newest attraction Sea World Sky Flyer provides guests with breath-taking views of the marine park and the Gold Coast Broadwater and cityscape as they soar in a giant swing chair 33 metres above the ground. 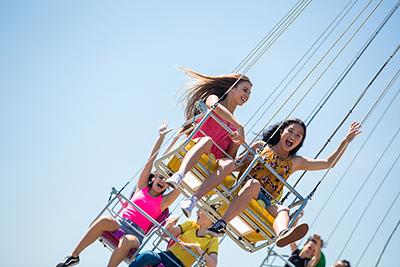 “The Sea World Sky Flyer takes guests on a 360-degree journey 33 metres in the air as they travel at speeds of up to 36km/h while taking in the amazing views of the Gold Coast.

“Excitingly the Sea World Sky Flyer lights up, so guests will also be able to experience the ride at night during Sea World’s after-dark Carnivale events in January.

“With the Sky Flyer being at Sea World for a limited time only, we recommend guests get-in-quick and experience the attraction while they can.”

The Sea World Sky Flyer is one of a host of new attractions which have launched at Village Roadshow Theme Parks this December with the Aquaman Exhibition and Scooby-Doo Spooky Coaster: Next Generation at Movie World along with Shaun the Sheep at Paradise Country.

For more information go to themeparks.com.au

8th May 2012 - Dinosaur Island set to launch at Sea World